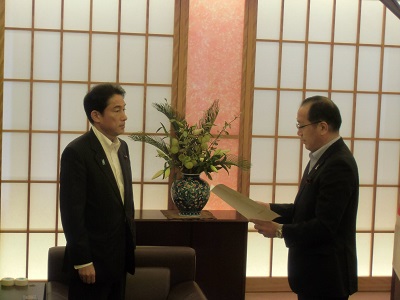 Minister Kishida said “With acknowledgement of every contribution of Hiroshima, Nagasaki, and Mayors for Peace, we would like to address the issue in an effort to realize a world without nuclear weapons working together with you all”.

>Click here for PDF (the original text in Japanese)