The Mayors for Peace President’s Award / The first prize (1 winner): 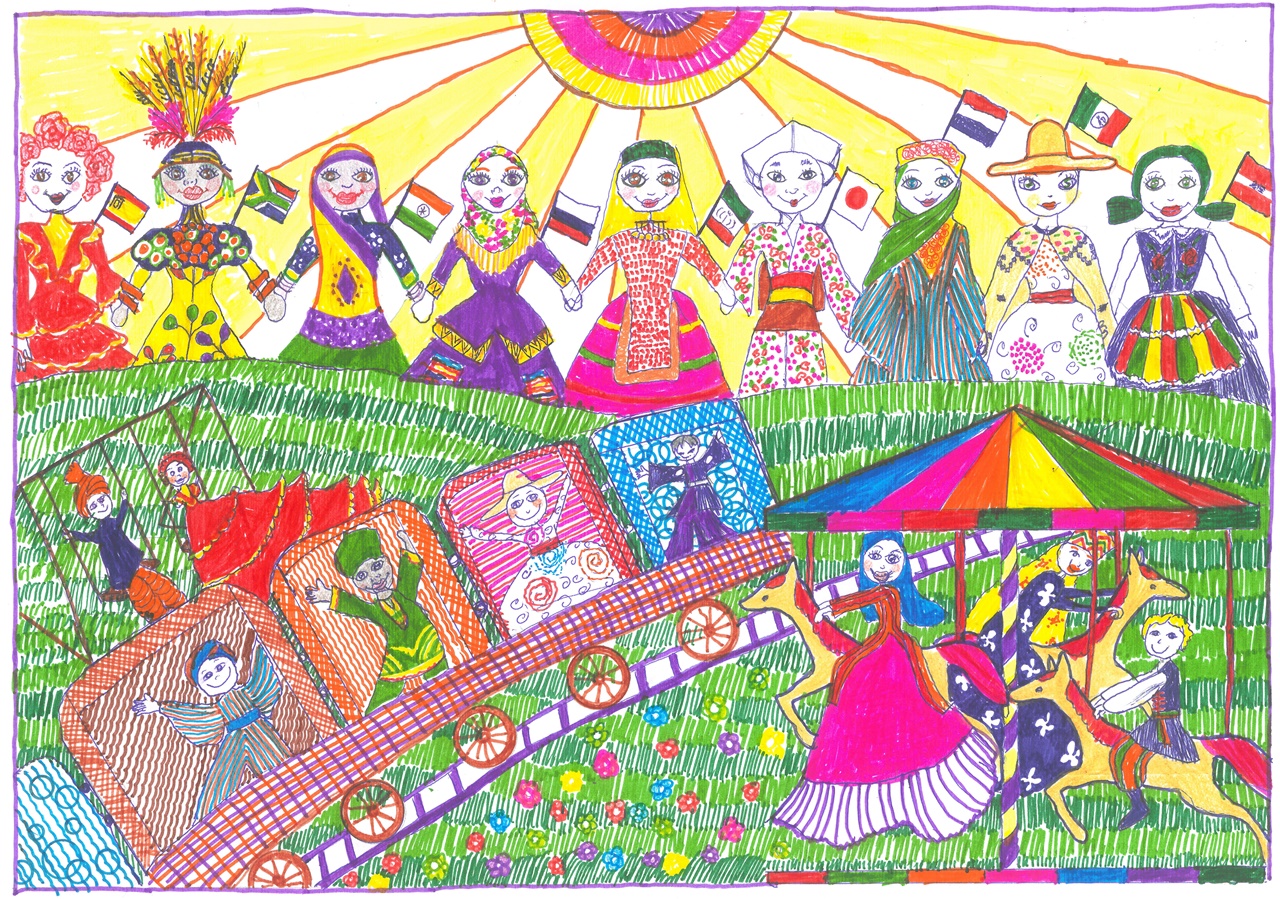 《Message from the artist》
Peace means entering into no war, making global peace, establishing sociopsychological and physical security, etc. Kiana drew the mothers with different nationalities who are holding their hands so kindly that all children regardless of their nationalities can live and play happily and in safety. Where there is peace and no war, the sun is brighter, gardens and meadows look more beautify and children are happier. The traditional costumes shown in this work to symbolize the whole world include Austria, Mexico, Yemen, Japan, Russia, Belarus, and India. 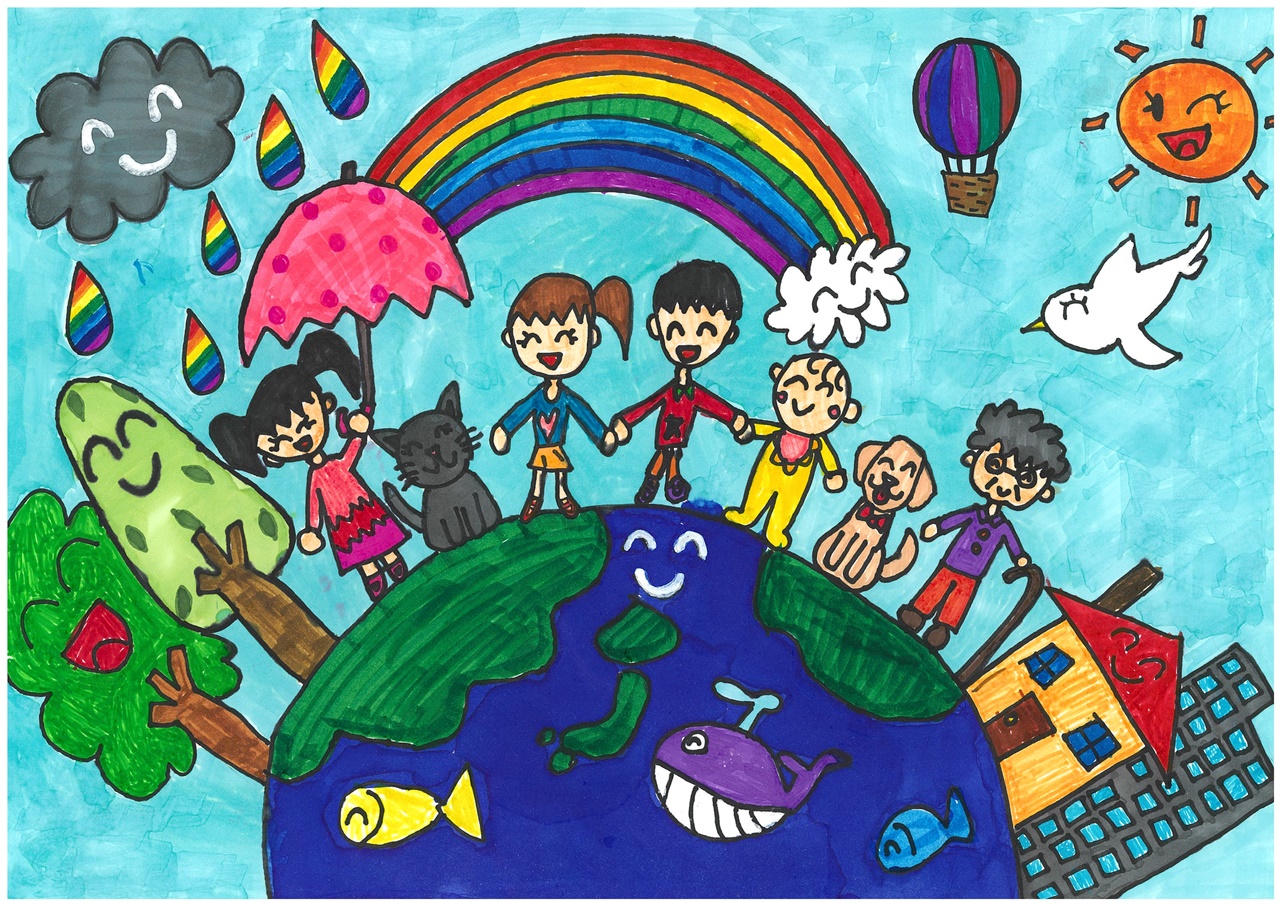 《Message from the artist》
Japan is a country prone to natural disasters. If there were no more torrential rains or earthquakes, all living things on the Earth would live happily in peace. Looking at rainbows makes people happy; I hope that everyone will live in peace and harmony. 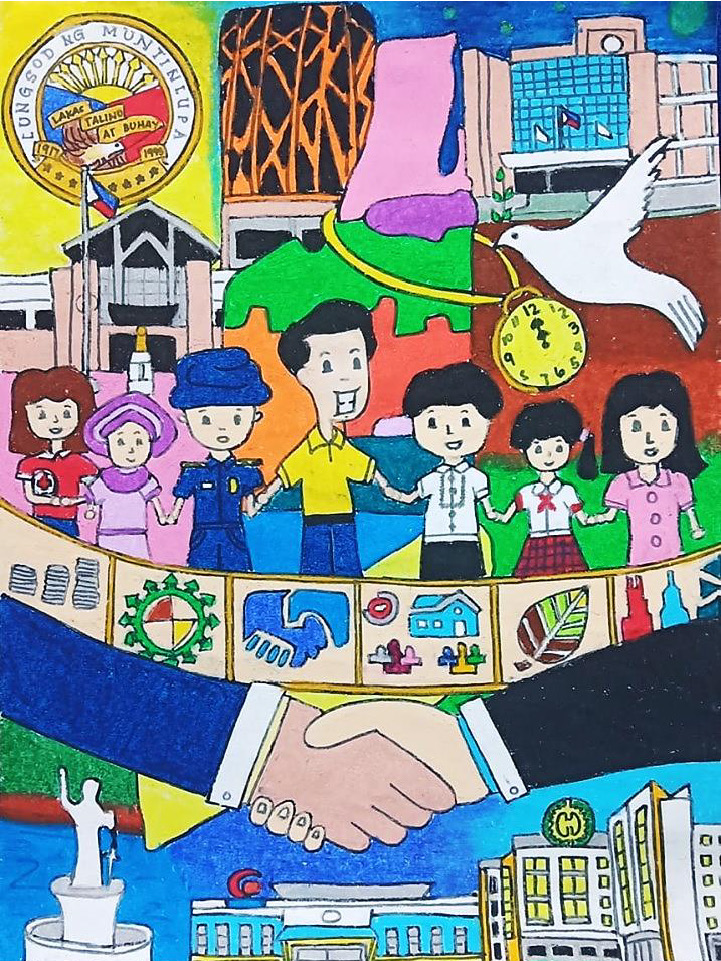 《Message from the artist》
As a young Muntinlupeno, I take pride in the City’s achievement. My parents are equally proud in its means of implementing peace and orders where law enforces are visible day in and day out. Each Muntinlupeno is equally essential in carrying out the orderliness in the City. I am truly delighted and humbled by the undying efforts of the local government to see to it that we, young Muntinlupenos are living in a safe environment with the seal of Good Local Governance award. It is clear that the local government didn’t fall in making this city a safer place to live in. 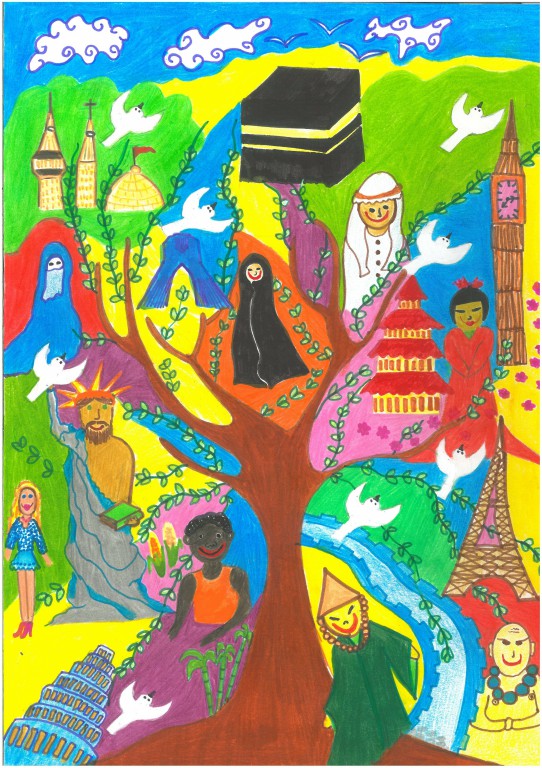 《Message from the artist》
Peace for all. 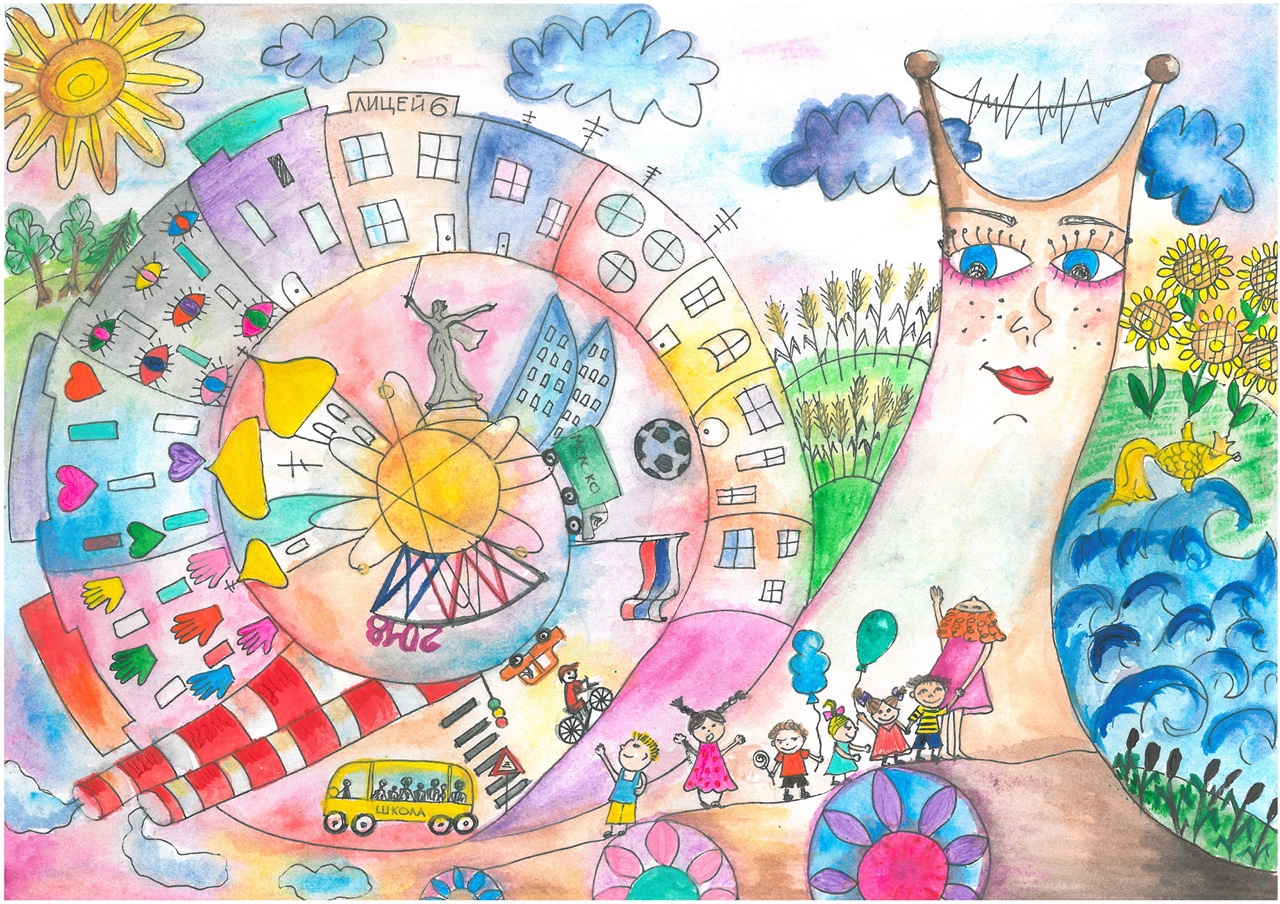 《Message from the artist》
Along the Volga River, Majestically stretches our hero-city, risen from the ashes. We are rightfully proud of our city’s history, And its hard-earned military glory. It has carried itself and everything it holds dear through a terrible battle. Stalingrad’s worldwide fame is well-deserved: Like an old river cliff, it has survived a lot of hardships. 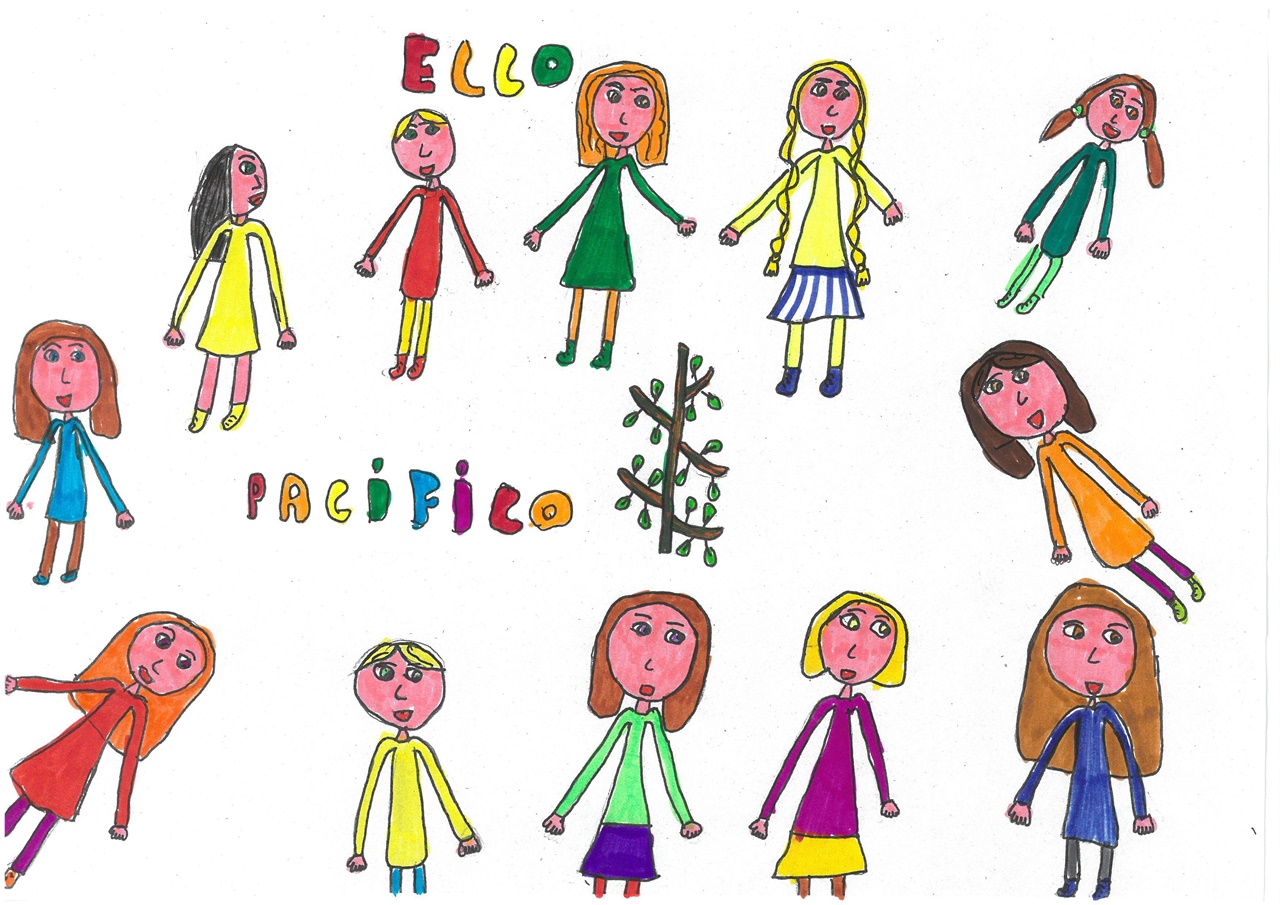 《Message from the artists》
Peace is like a vegetable garden … it has to be cultivated every day with examples of life, just and correct, loyal and honest. The pupils were inspired by this: In 2015, the City of Cervia received a seedling of an A-bombed ginkgo tree from Hiroshima (a tree grown in Cervia’s twin city, Aalen, Germany). Cervia then planted it in a local park next to a primary school M. Buonarroti – Montaletto di Cervia. The tree was named “PACIFICO,” referencing “peace” in Italian and is taken care of by the school children. Since receiving it, the primary school has been involved in a number of peace projects such as Skyping several times with hibakusha to hear their testimonies, and even inviting a hibakusha (in June 2017). The students took each opportunity to think about what happened in Hiroshima and Nagasaki as well as the importance of peace and shared.
11 to 15 years old 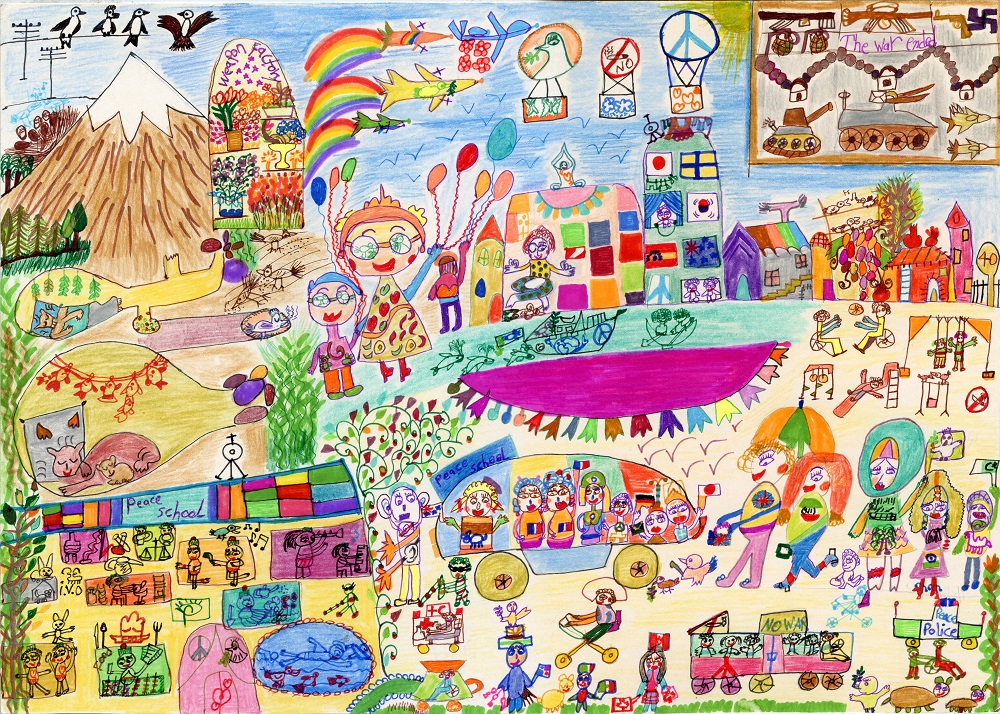 《Message from the artist》
My peaceful city: A city in which bombers and UAVS drop Flowers , weapons are kept in the museums for ever. Racism is ended. War factories are substitute for florists. Birds are singing and swallows have come back. Children from different nations go to same school and we support endangered animals , the disabled, the deaf, and the blind. And no body smokes to make children sick. 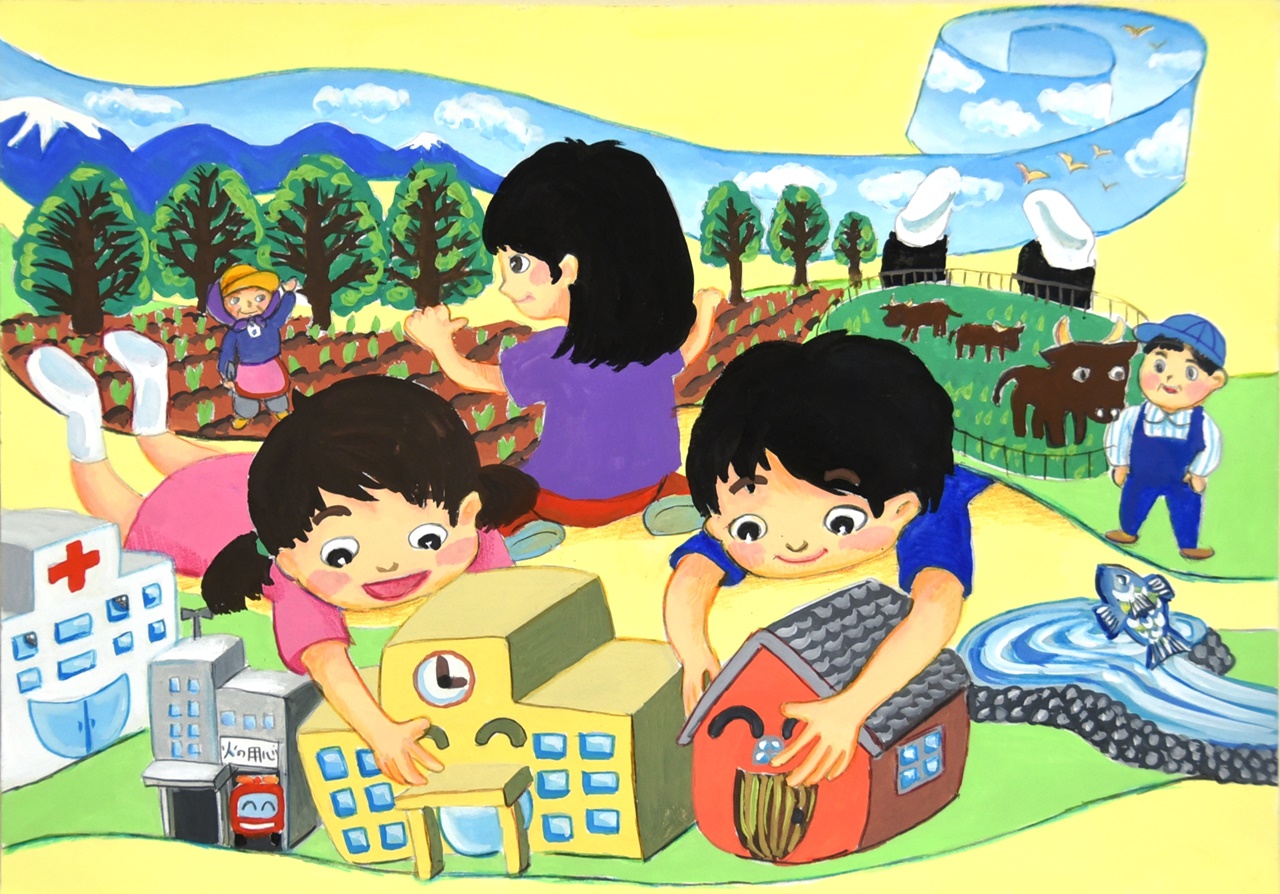 《Message from the artist》
I drew my concept of a city with a bright and vibrant future using a picture scroll full of interactions between people, nature, and animals. 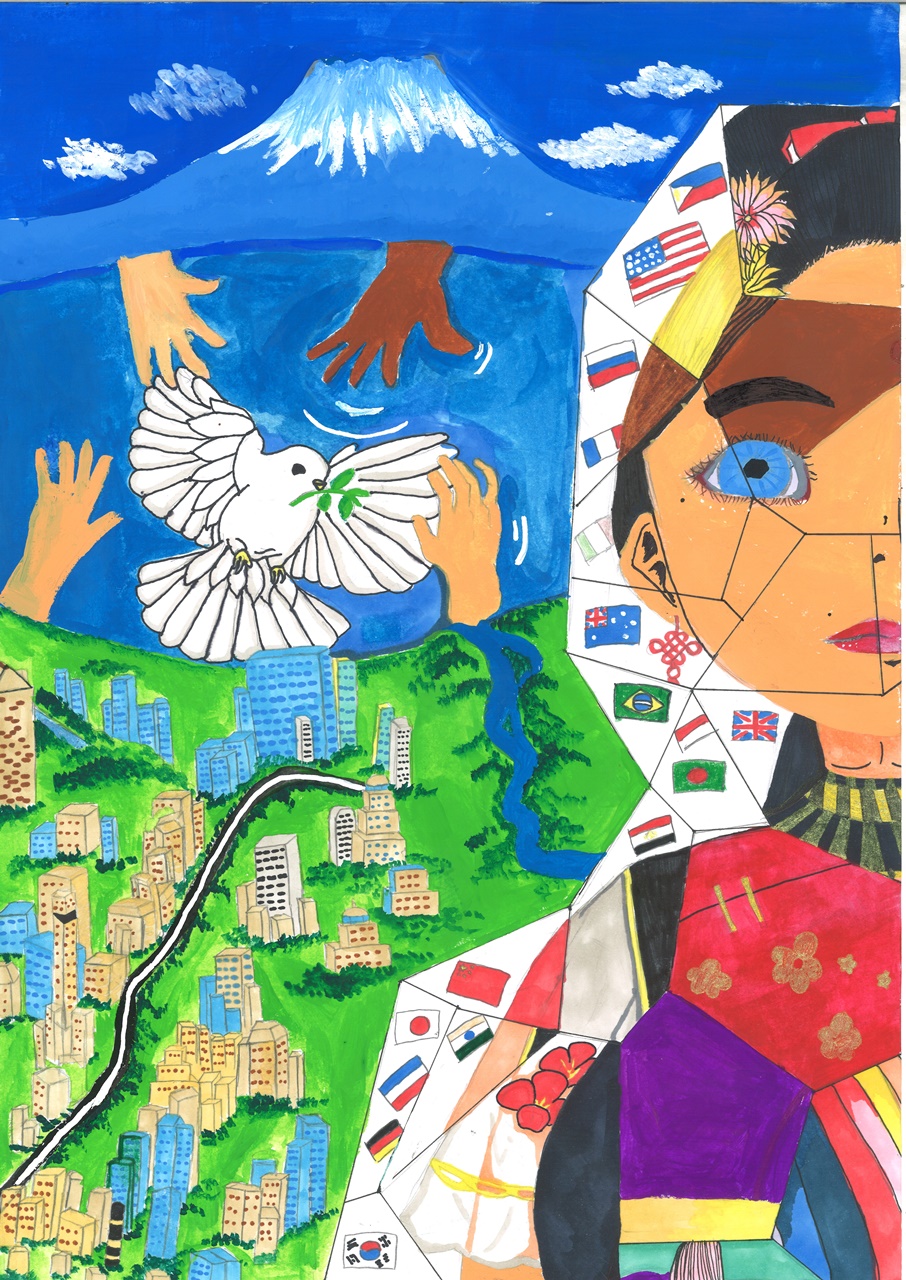 《Message from the artist》
The woman on the right is made up of pieces from different countries, and on the left is a peaceful town. In the upper left, I drew Mt. Fuji, a symbol of Japan. 《Message from the artist》
My drawing is called “The planet of Friendship”. Only by holding hands and helping each other, can we surpass the hardships of life. 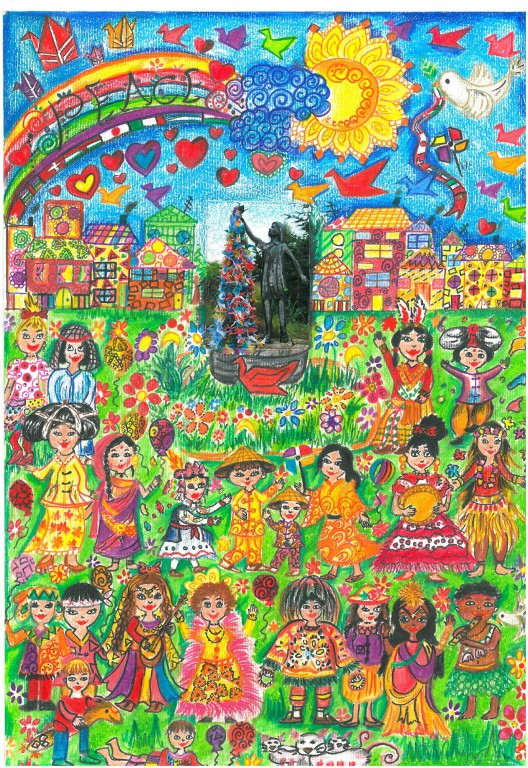 《Message from the artist》
We fly paper dornas in memory of dear Sadako around the world to keep all cities calm. 《Message from the artist》
A city with kind people that lives in a planet where has never been discovered but are always united and lives in peace. Always their hands are chained together and traversed around the city.