On May 3rd 2019, Mayors for Peace received the Hersey Prize at the Disruptor Awards in New York. The award ceremony was attended by President Matsui (Mayor of Hiroshima), Vice President Taue (Mayor of Nagasaki), Secretary General Komizo, and Mayor Cownie of Des Moines, the lead city of Mayors for Peace in the US.

When President Matsui accepted the trophy, a hammer with a red head, he pretended to bring it down saying: “Let’s smash the doctrine of nuclear deterrence with this!” He then presented a wreath of a thousand paper cranes he had brought from Hiroshima as a symbol of peace, to which the audience responded with a warm round of applause in support.

2. About the Disruptor Awards

The Disruptor Awards are given by a foundation in the US to individuals and organizations who have challenged social norms. The Awards are held annually in New York during the Tribeca Film Festival. The Hersey Prize is one of the prizes that was established last year to recognize contributions in the field of nuclear disarmament and world peace. Last year, Ms. Beatrice Fihn, the Executive Director of the International Campaign to Abolish Nuclear Weapons (ICAN), has received the Prize, and this year Mayors for Peace received it. 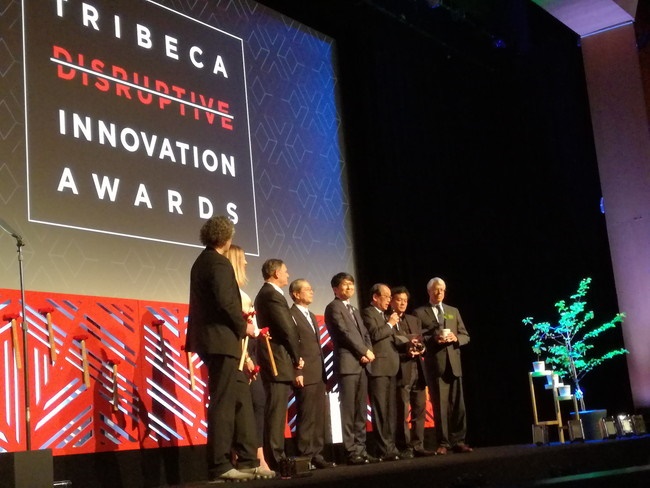