In January 2018, Ms. Beatrice Fihn, Executive Director of the 2017 Nobel Peace Prize laureate International Campaign to Abolish Nuclear Weapons (ICAN), visited Hiroshima. During her stay in Hiroshima, she was offered opportunities to deepen her understanding about the realities of the atomic bombing in Hiroshima: she laid a wreath of flowers at the Cenotaph for the A-bomb Victims, toured the Hiroshima Peace Memorial Museum, and listened to an eyewitness testimony by a hibakusha. She also participated in a public forum titled “In Conversation with Ms. Beatrice Fihn: Towards the Realization of a Peaceful World” that featured open dialogue between Ms. Fihn and Japanese youth.

Ms. Fihn visited Hiroshima’s Peace Memorial Park where she laid a wreath of flowers at the Cenotaph and viewed the A-bomb Dome. 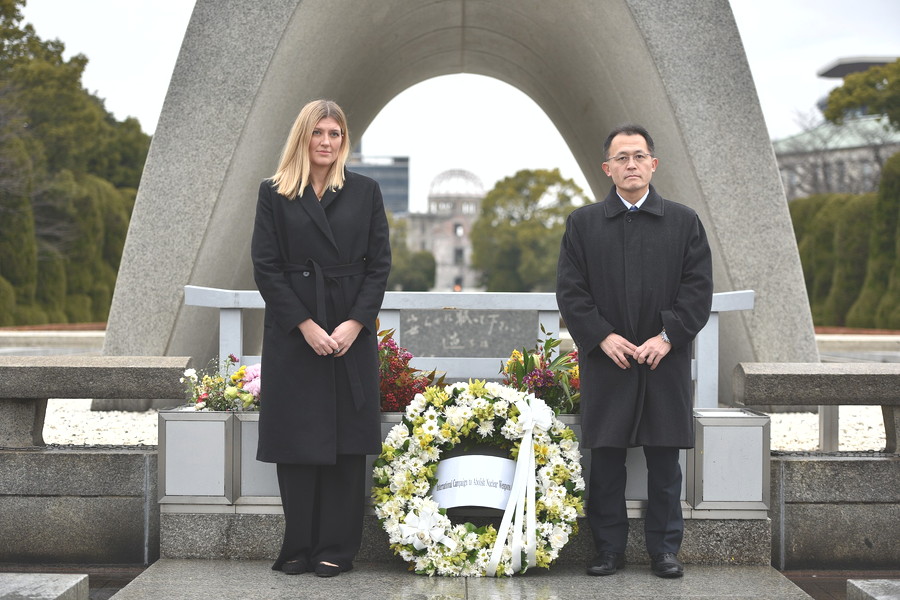 Ms. Fihn visited the Peace Museum in Hiroshima and was given a tour by Secretary General Komizo, who showed her the destruction of the city caused by the bomb via various exhibits, including CGI reproductions and artifacts including children’s personal belongings. She signed the museum’s guest book with a message: “Hiroshima is a city of hope, and ICAN will work with you to see the end of nuclear weapons.” 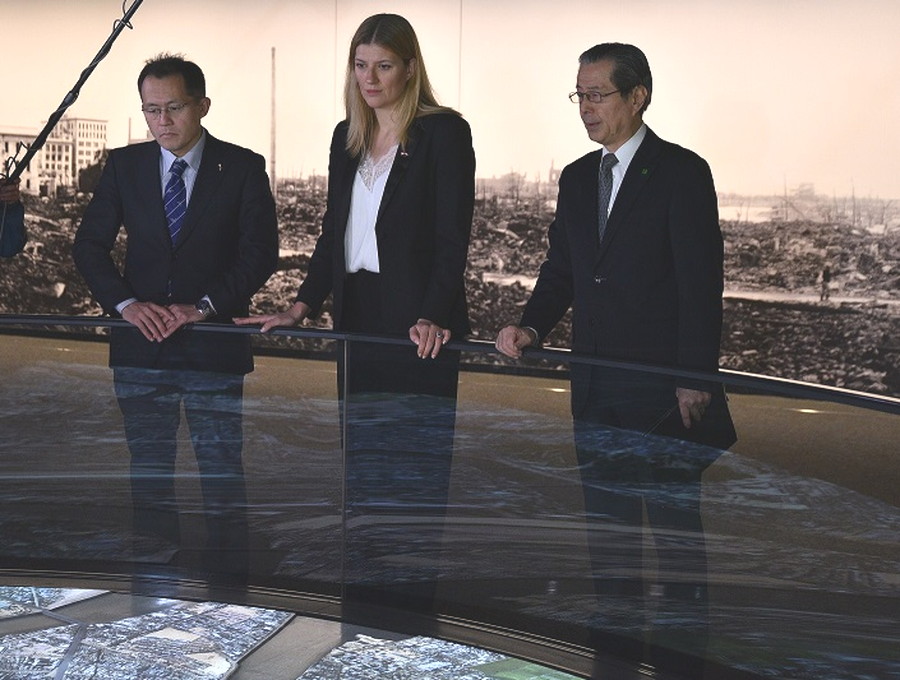 Eyewitness Testimony by an A-bomb Survivor

Ms. Fihn met and listened to the testimony of Ms. Keiko Ogura, who was exposed to the A-bomb 2.4 km from the hypocenter when she was eight years old. She appeared to be quite moved by Ms. Ogura’s horribly painful experience. Ms. Fihn told Ms. Ogura that her organization was awarded the Nobel Peace Prize thanks to the longstanding efforts of hibakusha, who have shared their experiences, and that they are fighting together for the same goal. 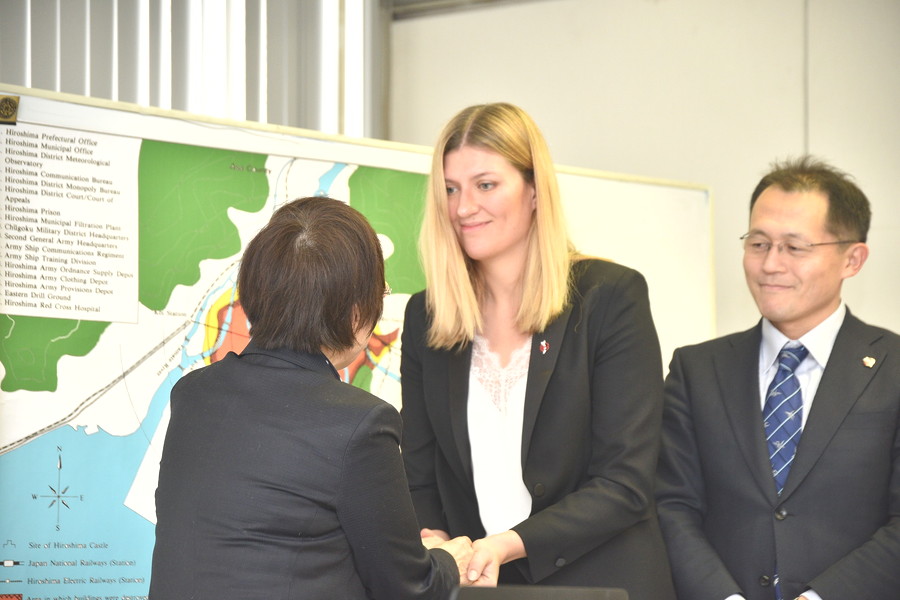 Ms. Fihn got to know four young panelists over lunch, having open discussions before their more formal meeting to follow at the public forum in the afternoon. 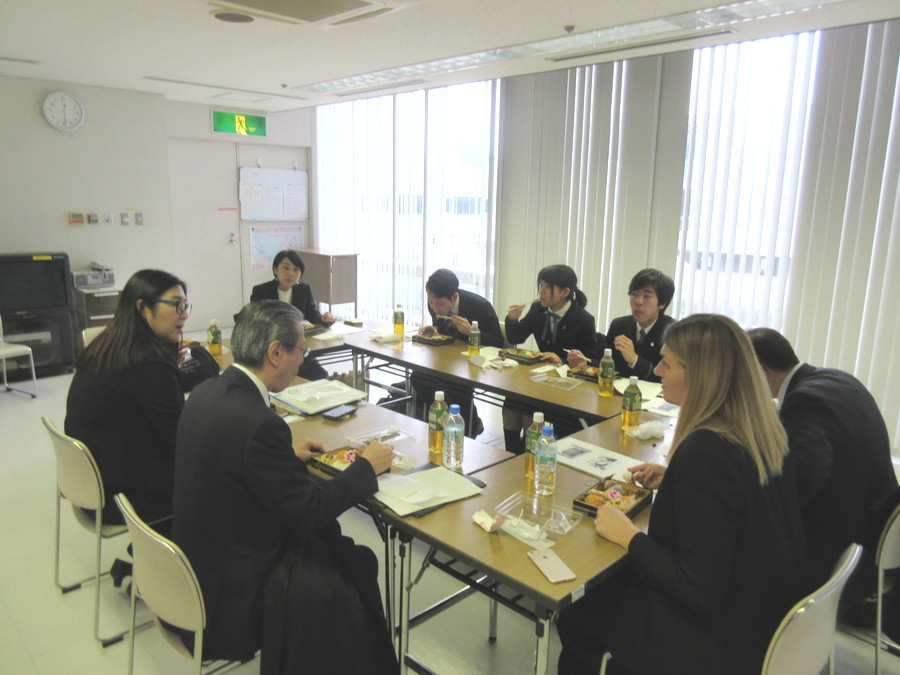 Prior to the public forum, there was a commemorative photo session for Mayor Matsui of Hiroshima City, Ms. Fihn, and four young panelists. Ms. Fihn also visited a temporary exhibition of paintings of hibakusha’s A-bomb experiences created as part of a project in which students of Hiroshima Municipal Motomachi Senior High School depict the scenes that remain in the memories of hibakusha. Some of the students who created the paintings explained their work to Ms. Fihn. 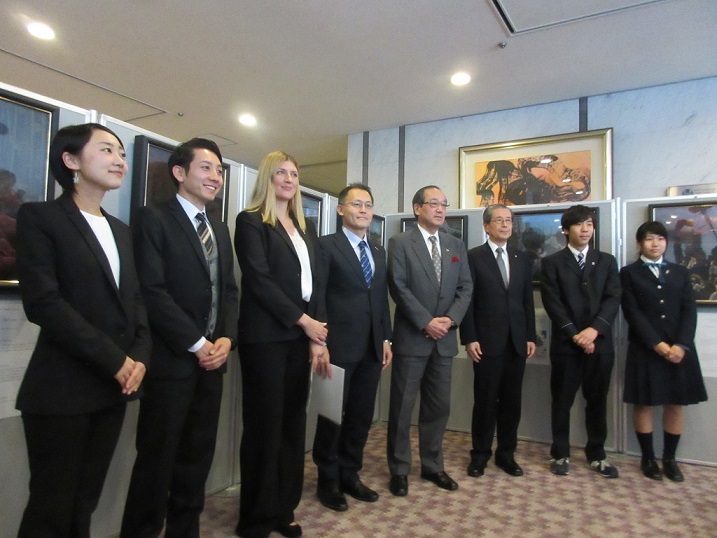 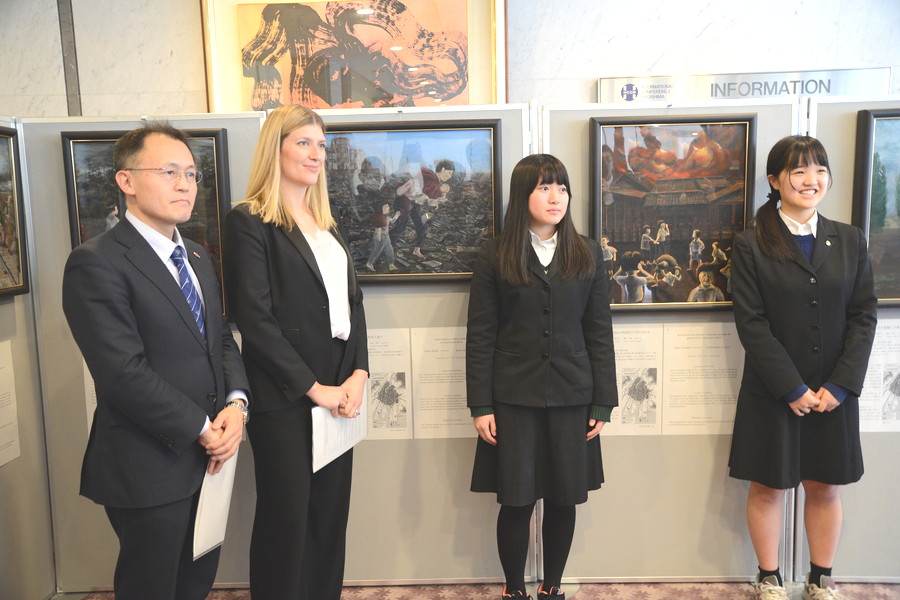 In Conversation with Ms. Beatrice Fihn, Executive Director of ICAN, the 2017 Nobel Peace Prize Laureate: “Towards the Realization of a Peaceful World”

In the second part of the Forum, four young people from Hiroshima made presentations on their peace activities, followed by open dialogue with Ms. Fihn. Ms. Fihn expressed her hopes for young people, encouraging them to utilize social media to join forces and to urge the Japanese government to change its negative attitude toward the Treaty on the Prohibition of Nuclear Weapons.

The event served as a great opportunity for the young audience to stop and think about what they can do through this interaction with Ms. Fihn, who has been acting on what she believes needs to be done to create a world without nuclear weapons based on what she learned from the message of hibakusha. 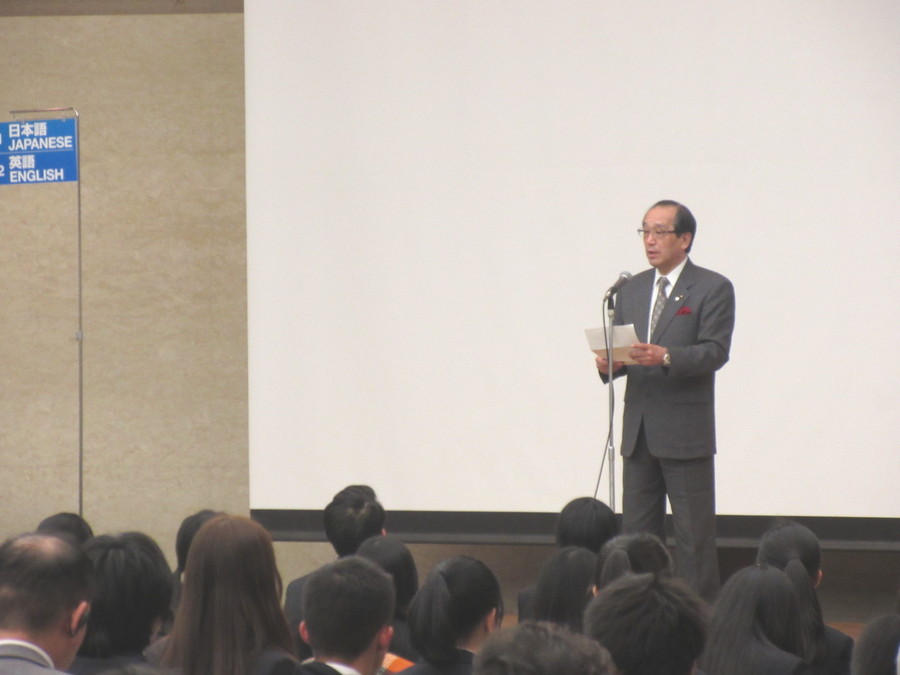 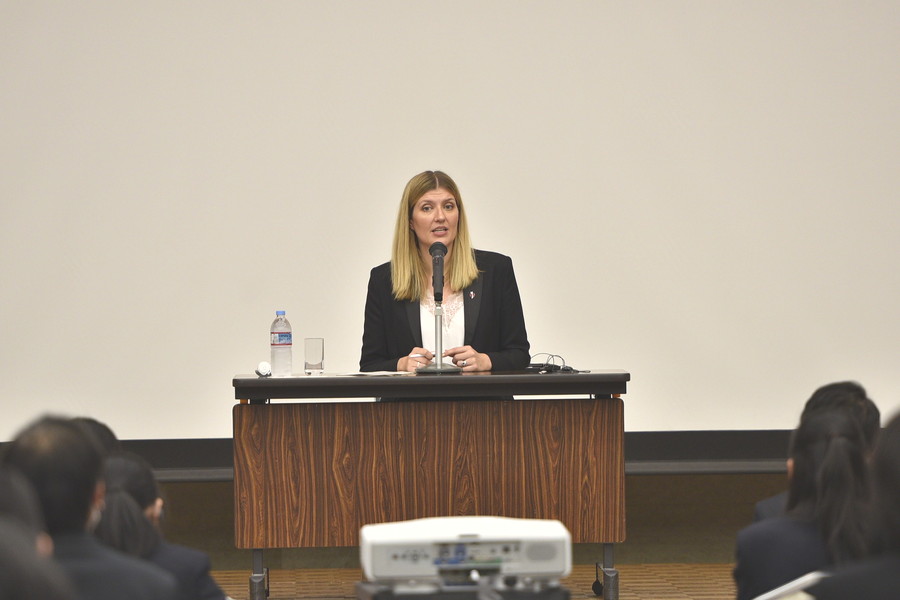 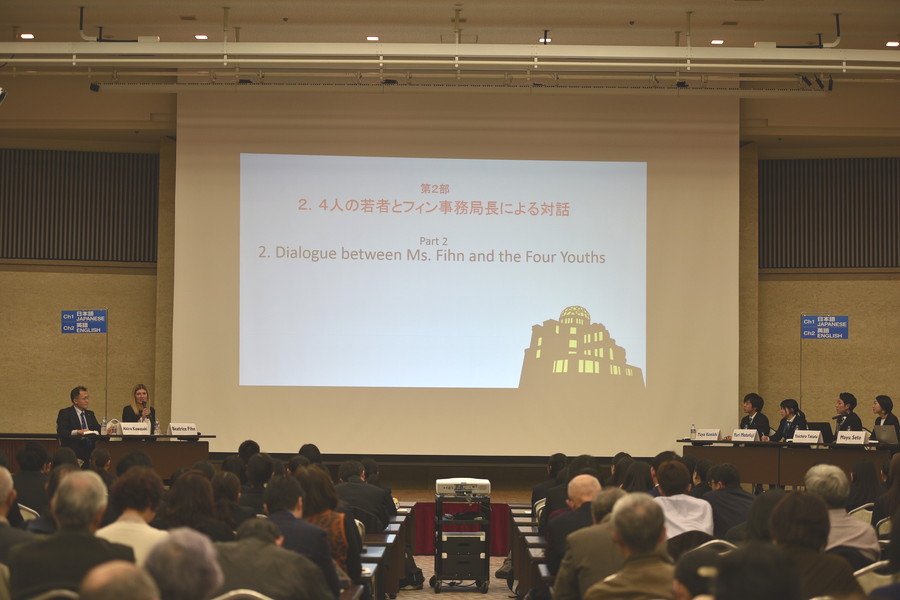 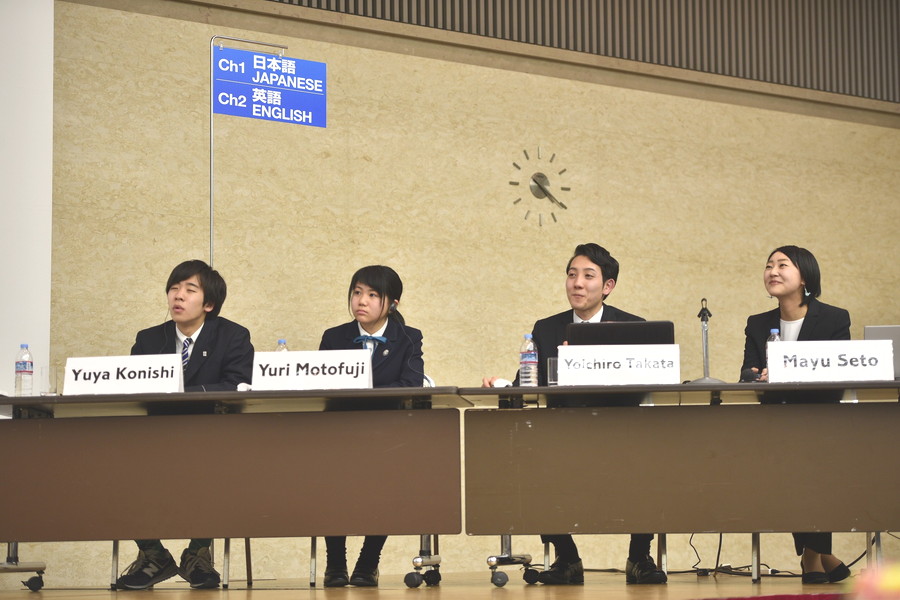