Meeting with Ambassador Bessho, Permanent Representative of Japan to the UN

Ambassador Bessho said that the Japanese government will do what they can do towards nuclear disarmament, and will make efforts towards the 2020 NPT Review Conference so as to reach an agreement on the final document. 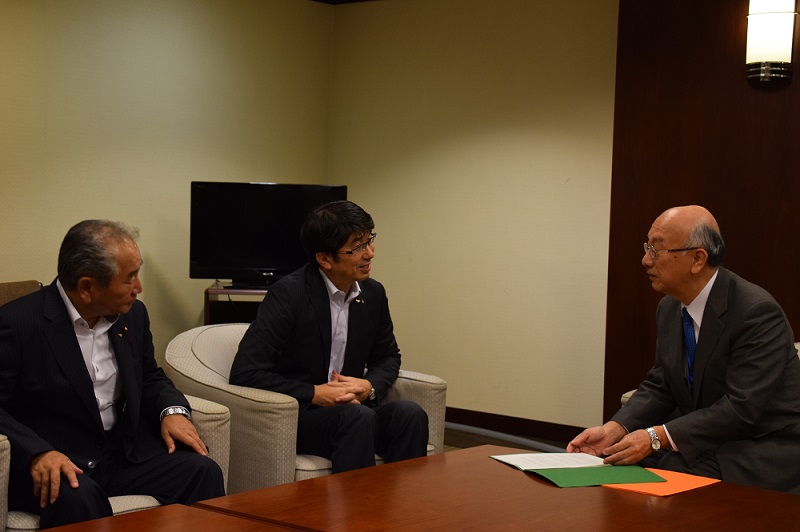 As Vice-President Taue observed the Ceremony, 42 states signed the Treaty. His attendance appealed the strong support of the Treaty by Mayors for Peace. 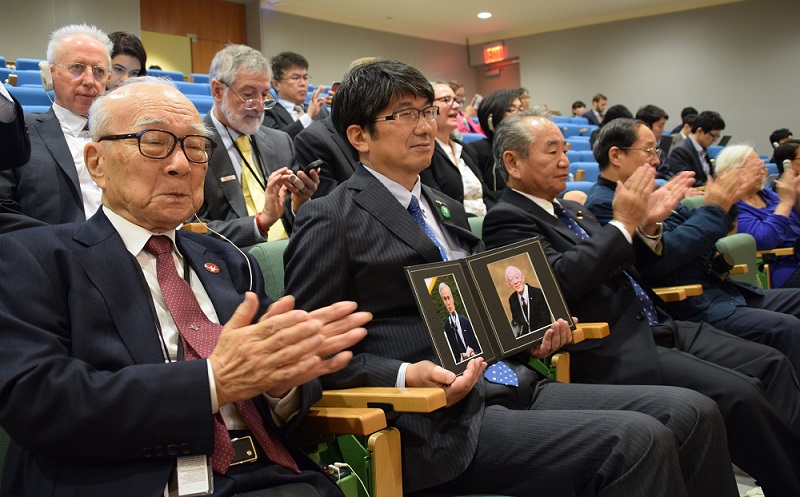 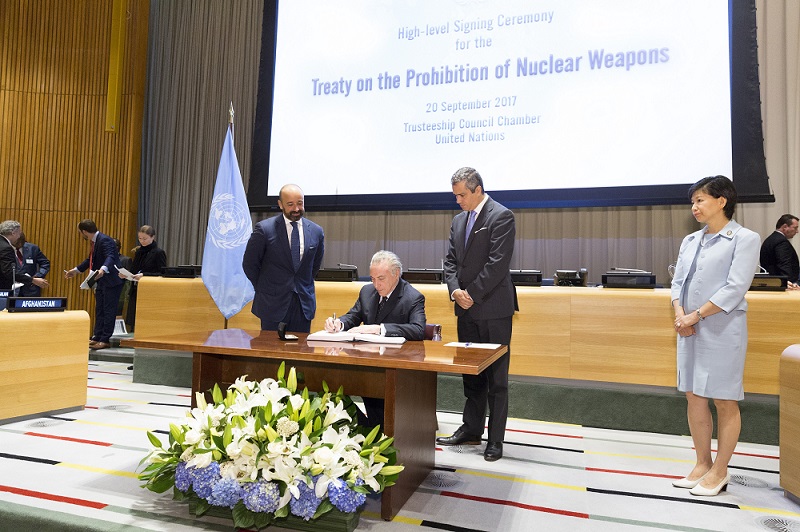 Vice President Taue conveyed to the Secretary General that Mayors for Peace is committed to promoting the Nuclear Prohibition Treaty and requested for his visit to the atomic-bombed city. 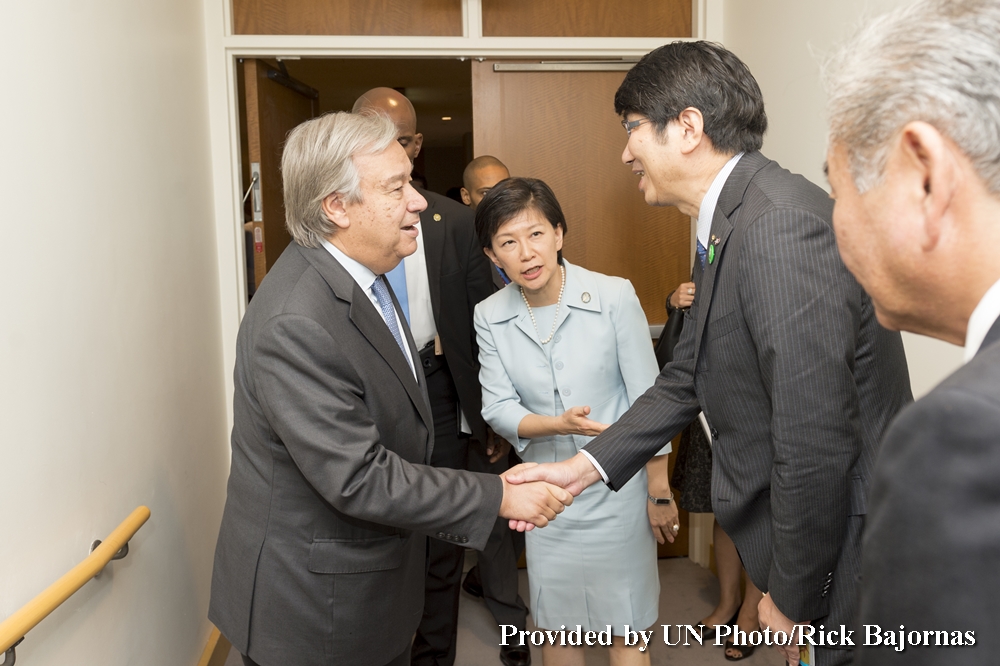 Meeting with Ambassador Gomez Camacho, Permanent Representative of Mexico to the UN 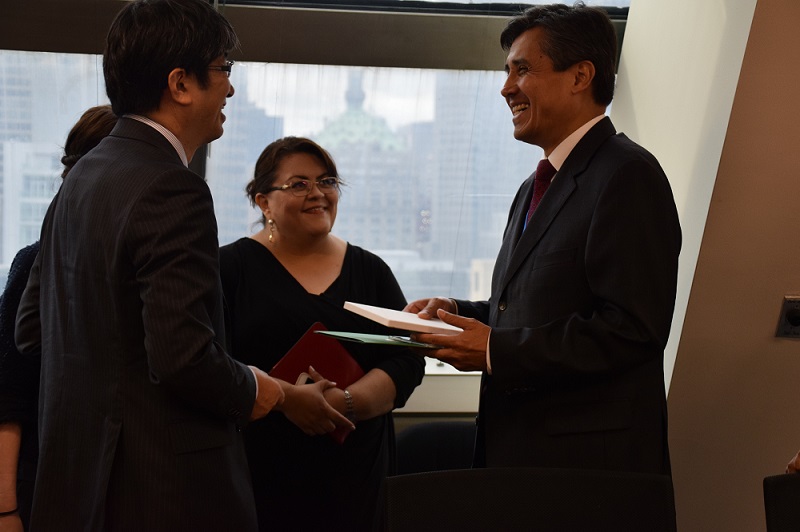 Ambassador Marschik said that when nuclear weapons are to be used, cities which are densely populated will become the targets and therefore it is effective for cities to join forces in making approaches to their governments to join the Nuclear Prohibition Treaty. 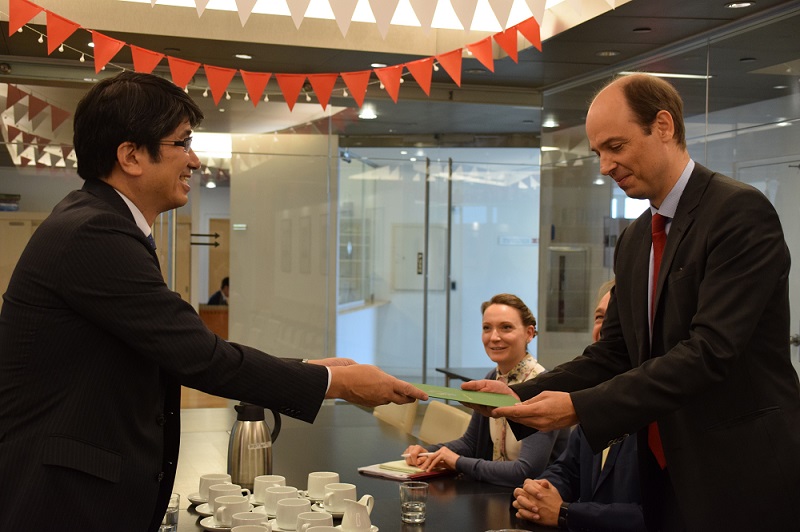 Ambassador Flynn said that civil society is mentioned in the Nuclear Prohibition Treaty, which reflects the important role played by civil society. He expressed expectation about civil society making efforts to raise awareness of nuclear weapons among citizens. 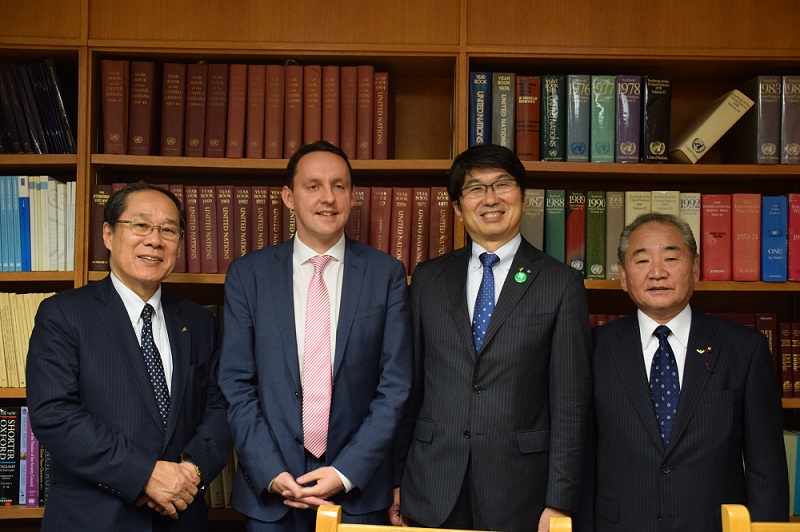