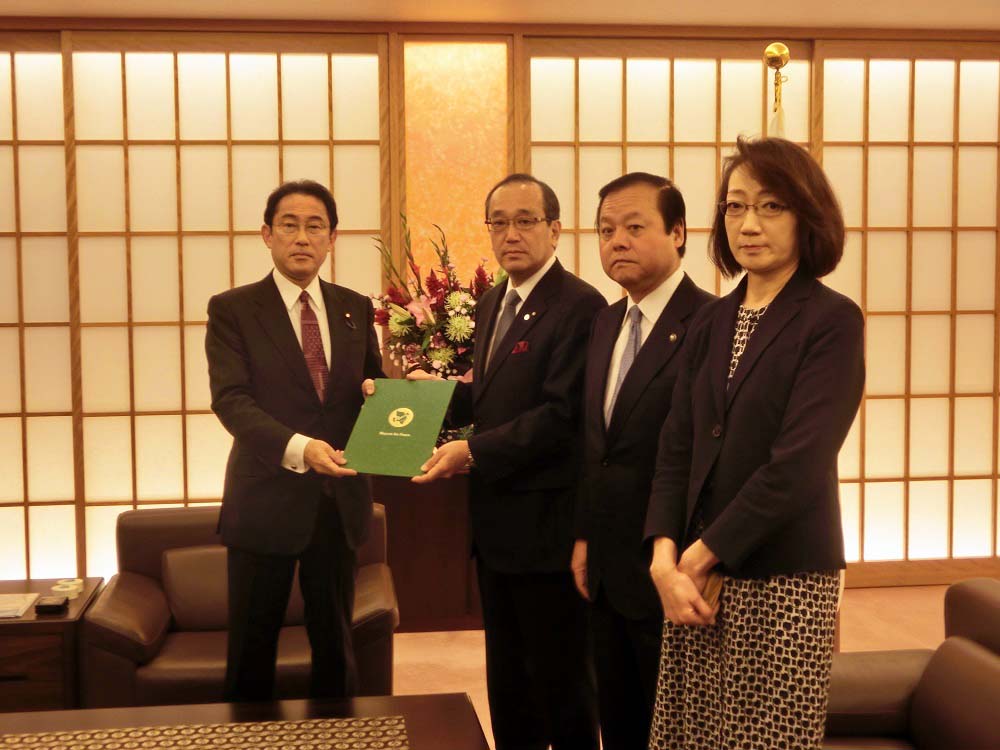 On November 7 and 8, the 6th Japanese Member Cities Meeting was held in Sakura City, Chiba Prefecture. It was then decided to submit to the Japanese Government a Letter of Request calling for the promotion of actions to aid in the early realization of a nuclear weapons convention.

On November 24, Mr. Matsui, Mayor of Hiroshima and President of Mayors for Peace, Ms. Kuroda, Director of Tokyo Liaison Office of Nagasaki City representing the Mayor of Nagasaki, and Mr. Warabi, Mayor of Sakura City and the host of the 6th Japanese Member Cities Meeting, met with Foreign Minister Kishida and submitted the agreed-upon Letter of Request to Prime Minister Abe on behalf of Japanese member cities of Mayors for Peace.

On receiving the Letter of Request, Minister Kishida said, “I sincerely accept the wish of members of Mayors for Peace. As the only country to have ever suffered atomic bombings, Japan intends to play a leading role in providing a bridge between countries with nuclear weapons and those without them and will continue to seek a world free of nuclear weapons. We count on Mayors for Peace for its support and cooperation in fostering a supportive public opinion.”