Mayors for Peace is distributing seeds from trees that withstood the atomic bombing and are alive to this day. The aim of this program is for member cities to raise them as symbols of peace and to carry out measures to raise the peace consciousness of their citizens through these trees.

On October 3, a second generation A-bombed Ginkgo biloba sapling was planted on the compound of the United Nations Office at Geneva (UNOG).

The sapling, whose seed originates from Hiroshima, had been raised by a Mayors for Peace member city Lucerne, Switzerland, until it was donated to UNOG in May, when Mayors for Peace President Kazumi Matsui of Hiroshima City visited UNOG to participate in the second session of the Open-ended Working Group on nuclear disarmament.

In his remarks at the ceremony, Secretary General Ban Ki-moon expressed his respect for the hibakusha who have transformed their tragedy into a message of hope for the world, reemphasized the responsibility of all States to pursue nuclear disarmament as an urgent priority, and concluded as follows: “It is my hope that future generations will see this symbolic tree and remember how the world united to create a safer, more secure, and nuclear-weapon-free future.” 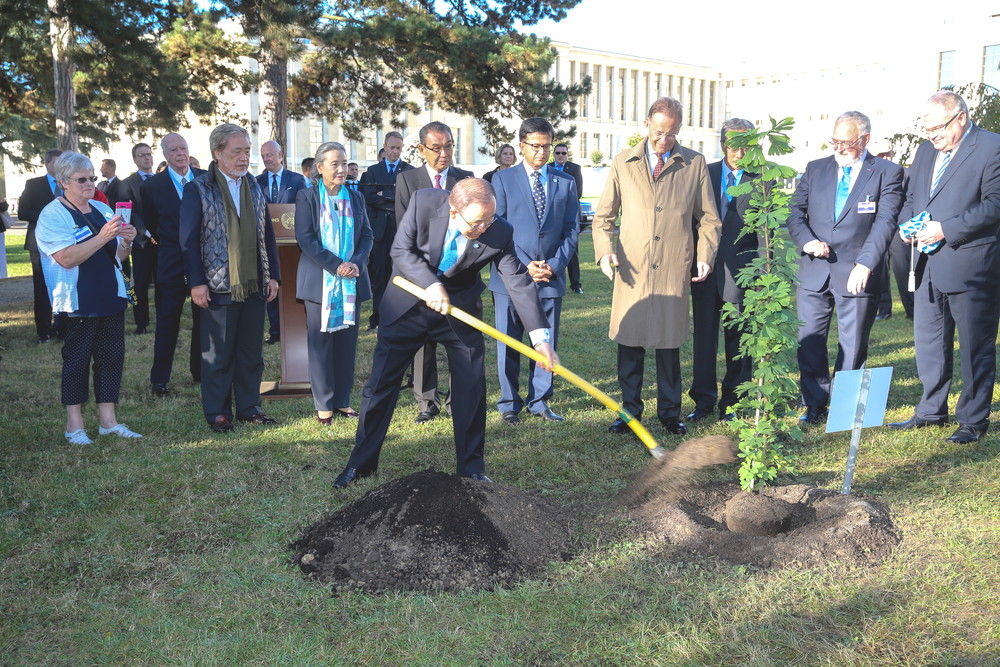 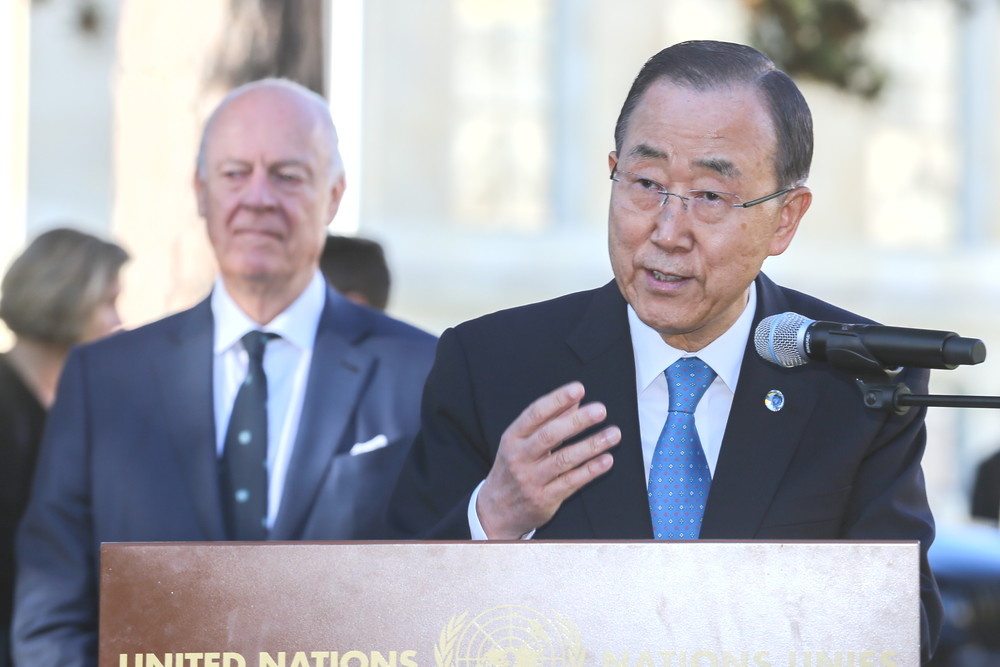