On July 16th, a special event titled ‘Hiroshima: Understanding, collaboration and peace’ took place connecting London and Hiroshima with video-conferencing system to deliver hibakusha (A-bomb survivor) testimony to the UK Houses of Parliament. Hosted by Lord Laird in a Committee Room of the House of Lords (the Upper House), Ms. Yoshiko Kajimoto, who was exposed to the atomic bombing of Hiroshima at the age of 14, recounted her experiences on the 6th of August 1945 via a live Skype link. Approximately 80 participants, including the members of the House of Lords and Members of Parliament, listened to Ms. Kajimoto’s remarkable message of peace and reconciliation. Ms. Kajimoto also answered questions from the audience. The meeting was organised by the Foundation for International Collaboration, and fully supported by the UK and Ireland Mayors for Peace Chapter to commemorate the 70th anniversary of the Hiroshima and Nagasaki atomic bombings.

The event also included a special exhibition of paintings done by schoolchildren from the Hiroshima Jogakuin Girls’ Middle School three years after the bomb, in 1948. The pictures were provided by the kind permission of retired art teacher Mr. Mike Stevenson and was organised with the support of the Daiwa Foundation. The exhibition will be held in the Daiwa Foundation offices in London in the first week of August. 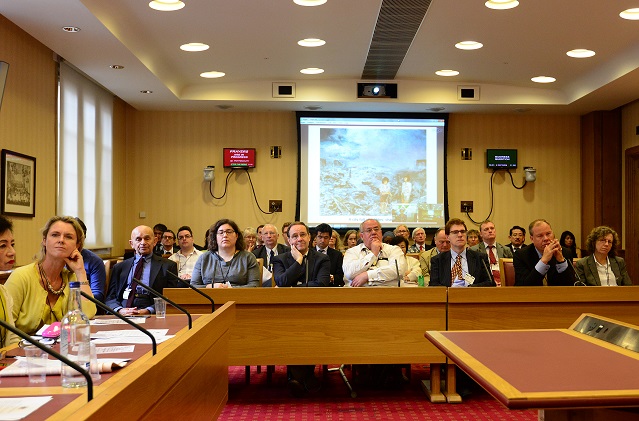 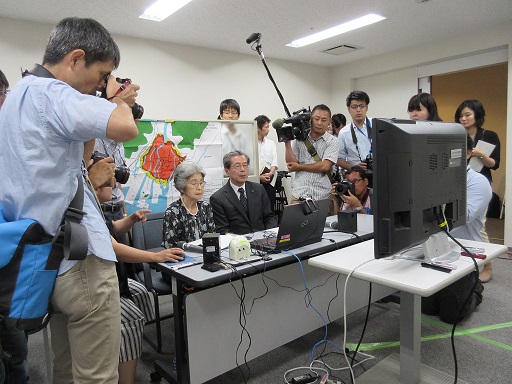 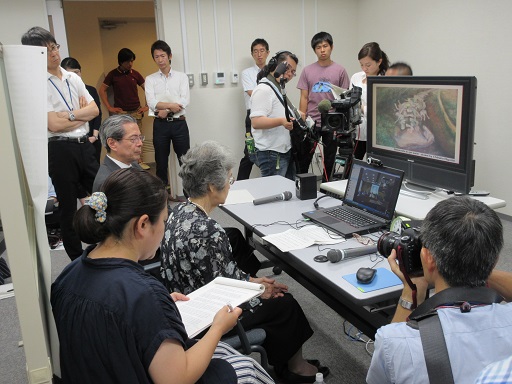 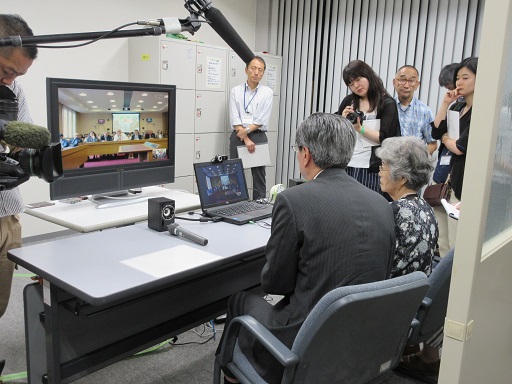