The United Nations has established September 21 as a fixed International Day of Peace (IDP) and an annual day of non-violence and cease-fire. In support of this purport, an evenｔ to commemorate the IDP was held in Hiroshima. To pray for the abolition of nuclear weapons and everlasting world peace, the participants observed a minute of silence at noon putting up the Mayors for Peace banner that read “Total Abolition of Nuclear Weapons by 2020”and ringing the Peace Bell. *The event was held on September 18th.

In front of the Cenotaph for the A-bomb Victims and the Peace Bell in Peace Memorial Park
(Nakajima-cho, Naka-ku, Hiroshima City)

Mayors for Peace has called for its member cities around the world to commemorate the International Day of Peace, and many cities supported the aim and held an event in each city. The following are some examples of these cities: 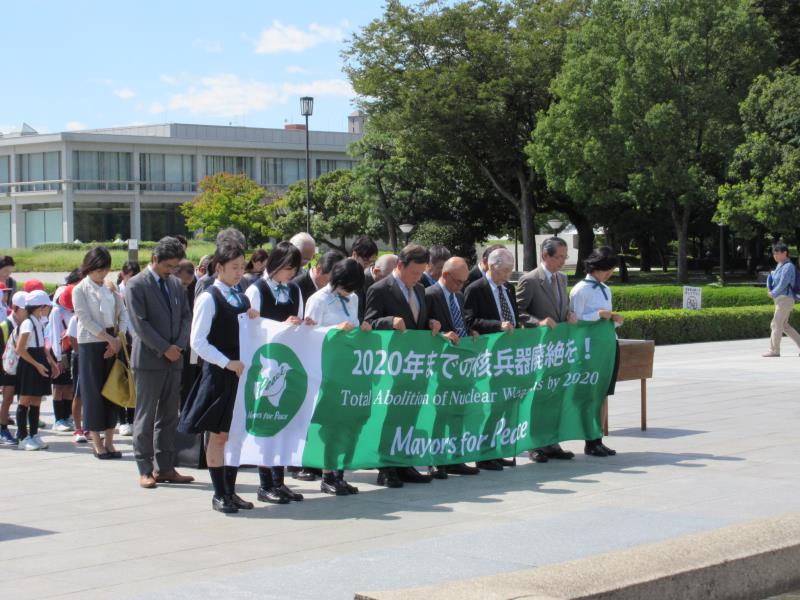 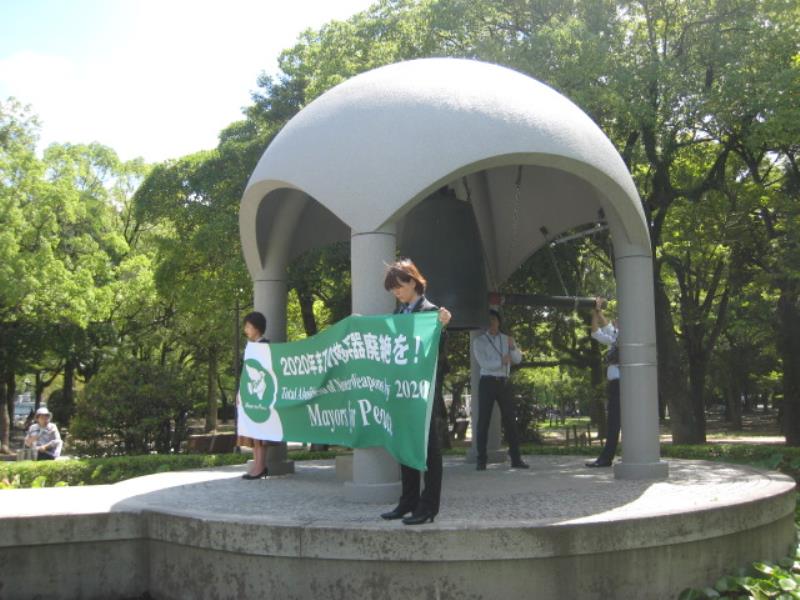