The 1.02 million signature(*1) petition forms collected for the Mayors for Peace “Cities Are Not Targets! (CANT)”(*2) initiative are now on permanent display at the UN Headquarters in New York. The petition forms were submitted to the UN in May 2010, on the occasion of the NPT Review Conference, by the Mayors for Peace delegation led by President Tadatoshi Akiba, Mayor of Hiroshima and Vice-President Tomihisa Taue, Mayor of Nagasaki.

The exhibit, consisting of two three-meter-high towers of petition forms, was inaugurated by UN Secretary-General Ban Ki-moon, High Representative for Disarmament Affairs, Sergio Duarte, and US Messenger of Peace, actor Michael Douglas, at a formal ceremony on March 24. The CANT monument is the first-ever permanent civil society exhibit (i.e. not donated by a government) to be installed at UN Headquarters. Three hibakusha from Japan, including a Korean hibakusha, attended the ceremony.

Mayors for Peace expects that a lot of diplomats and UN visitors from around the world will see this permanent exhibition at the UN Headquarters, feel the magnitude of this global grassroots wish for a peaceful world without nuclear weapons, and enhance momentum for the abolition of nuclear weapons. 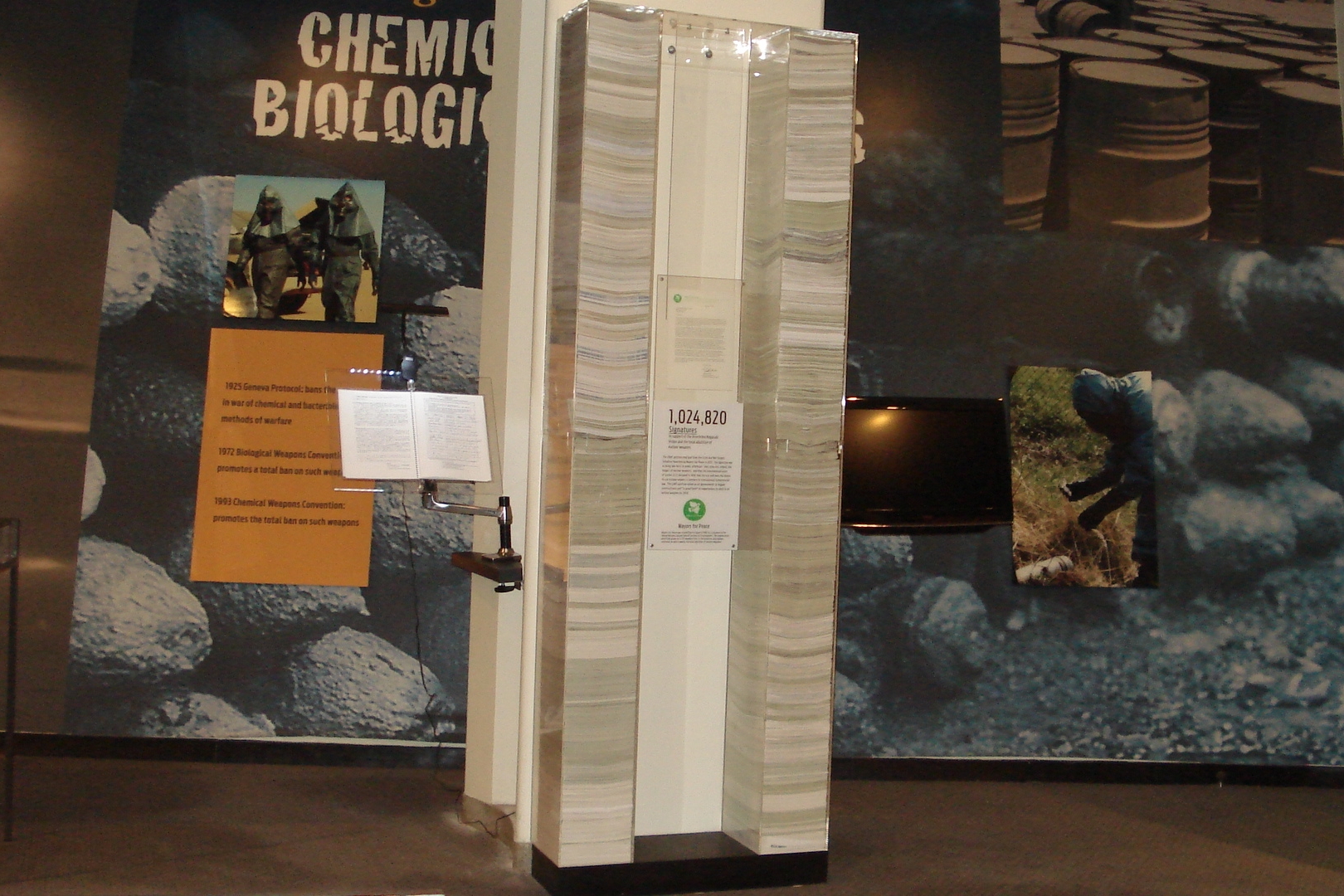