On Monday, October 27, 2008, Mayor Akiba of the City of Hiroshima and President of Mayors for Peace visited UN Headquarters in New York and submitted some of the 370,221 collected signatures for the petition “Cities Are Not Targets (CANT)“, which calls for nuclear arsenals to no longer target cities and the elimination of all the nuclear weapons, to H.E. Mr. Miguel d’Escoto Brockmann, President of the 63rd session of the UN General Assembly. The mayor appealed to the UNGA president that abolition of nuclear weapons is a common wish among people around the world. Mayor Akiba also explained about the “Hiroshima-Nagasaki Protocol“, which stipulates a process leading toward the total abolition of nuclear weapons by the year 2020 and asked for UN’s cooperation in facilitating good-faith efforts by the nuclear-weapon states and other national governments based on the Protocol.

* Since the CANT petition drive will continue, your continued support is deeply appreciated. 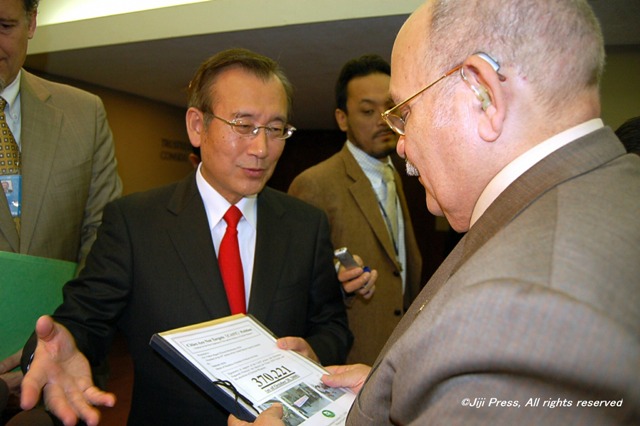 Submitting some of the collected signatures for the petition “Cities Are Not Targets” to H.E. Mr. Miguel d’Escoto Brockmann, President of the UNGA
(Photo Credit should read JIJI PRESS Co.) 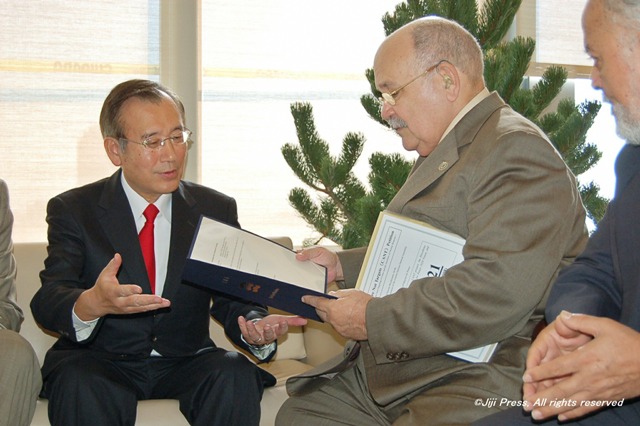 Asking for UN’s support in facilitating efforts of national governments based on the Hiroshima-Nagasaki
(Photo Credit should read JIJI PRESS Co.) 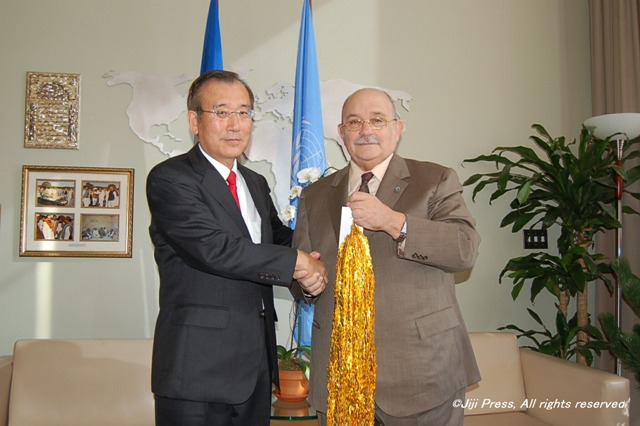 Presenting a thousand paper cranes, which were made by participants of the Hiroshima Peace Memorial Ceremony.
(Photo Credit should read JIJI PRESS Co.)