Report by Mr. Filip Deheegher, the City of Ypres

This year marks 75 years since the Japanese cities of Hiroshima and Nagasaki fell victim to atomic attacks. The atomic bombs killed more than 200,000 people. A nuclear arms race followed these.

On the occasion of the International Day of Peace (September 21), Ypres Peace City (Belgium) organised the conference “No more Hiroshima! No more Nagasaki!” To open the conference, the mayor of Ypres welcomed those present. Afterwards, Mayor Matsui of Hiroshima called on the participants in a video message to work with the hibakusha and Mayors for Peace to promote a world free of nuclear weapons. Subsequently, Sibylle Bauer (SIPRI) gave historical interpretation of the nuclear age since 1945. This was followed by a panel discussion on Belgium’s role in nuclear disarmament and non-proliferation and the presence of American nuclear weapons in our country. Tom Sauer, Professor of International Political University Antwerp, and Sigurd Schelstraete, Director of the Department of Disarmament and Non-Proliferation at the Ministry of Foreign Affairs, discussed these topics. Finally, Leo Hoffmann-Axthelm spoke on behalf of ICAN of the status of the Treaty on the Prohibition of Nuclear Weapons. ICAN is convinced that the treaty will enter into force within some months, he stated.

After the conference, volunteers and participants rolled out the 1,800 square metre peace flag on the Ypres Grand Place for the third time. 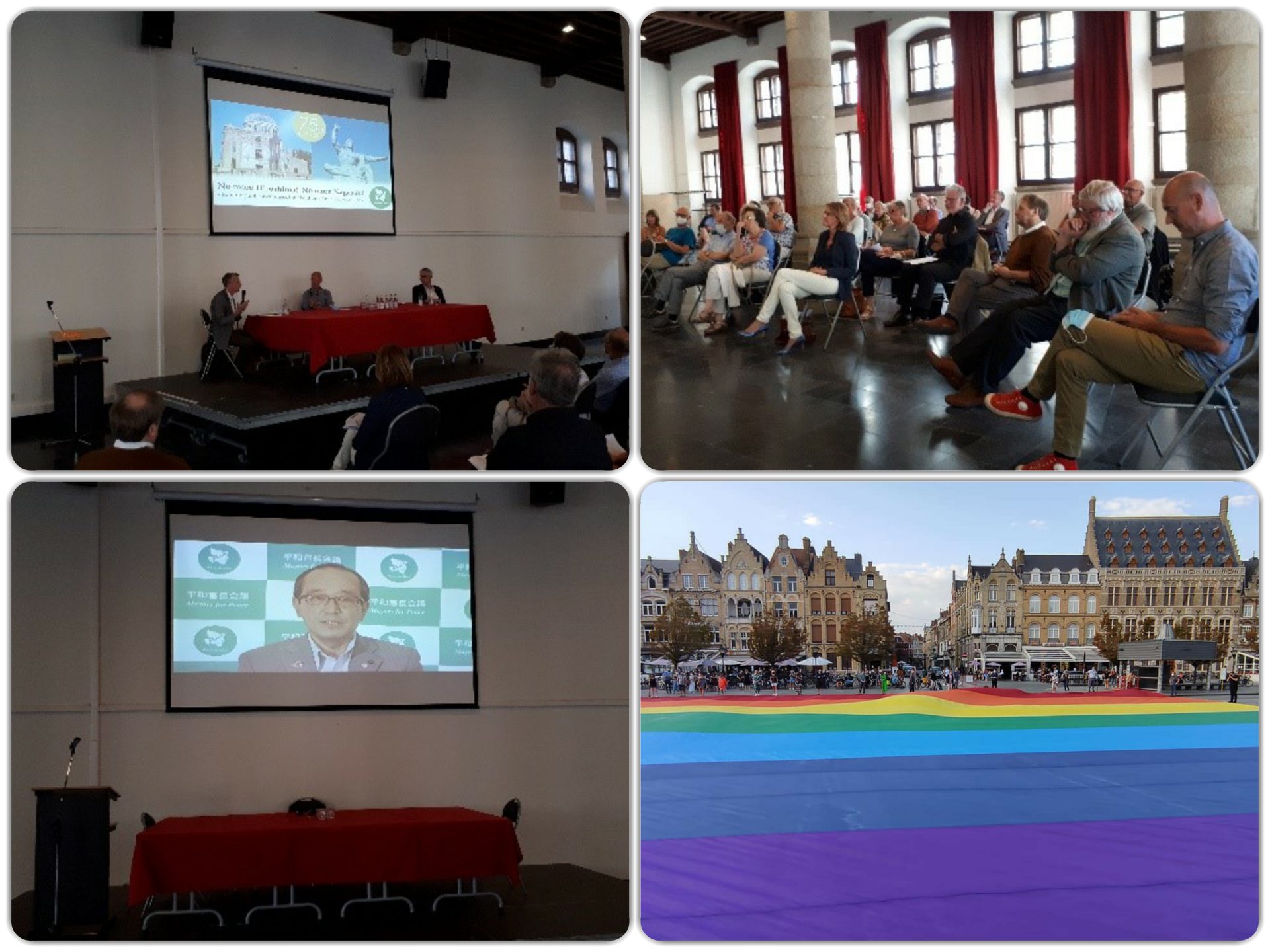 Photos: courtesy of the City of Ypres