The City of Volgograd, a Vice President of Mayors for Peace and the Lead City in Russia, recently hosted two international events on the theme of global peace and understanding.

◆The 5th International Forum of People’s Diplomacy “Dialogue on the Volga: Peace and Mutual Understanding in the 21st Century”

The first day of the Forum featured two panel discussions – “Global Politics in the Age of Instability” and “Cities as Peace Messengers: Municipal Peacemaking Practices in the 21st Century”, the second of which was held under the aegis of the IAPMC.

One of the highlights was certainly our participation at various meetings held at the Palais des Nations, a true symbol of peace and resilience, where innumerable meetings centered on peace and the resolution of conflicts have taken place over the past decades.

On the second day of the Forum, Volgograd State University became a platform for 5 thematic round tables. The first of them – “Improving a City – Enhancing the Quality of Life: Cities’ Development as a Peacemaking Process” – was held within the frame of the 29th IAPMC General Assembly, with the majority of reports being provided by the members of this association. The second – “Mechanisms of the International Municipal Partnership” – was organized under the aegis of International Relations” project office of the Union of Russian Cities. Following the new standing tradition, one of the round tables was dedicated to the German-Russian cooperation – “Russia and Germany: Relationship Perspectives in the Changing World”. The round table “Culture and International Relations of the 21st Century: Civilized Choice, Challenges and Perspectives” was moderated by Yana Besiadynskaya, Goodwill Ambassador of the United Nations Association of Russia. The round table “Youth Policy and People’s Diplomacy: Overcoming Social Stereotypes, Building an Environment for Tolerance” was organized by the Center of People’s Diplomacy of Volgograd State University and united students (including those from abroad) and representatives of youth associations and unions.

In parallel to the work of the round tables, the conference “Birth of the Twinning Movement as a Humanitarian Outcome of the Battle of Stalingrad” was taking place on the platform of “Battle of Stalingrad” museum panorama, organized by the administration of Volgograd region. The program of this gathering followed the history of the international twinning movement. 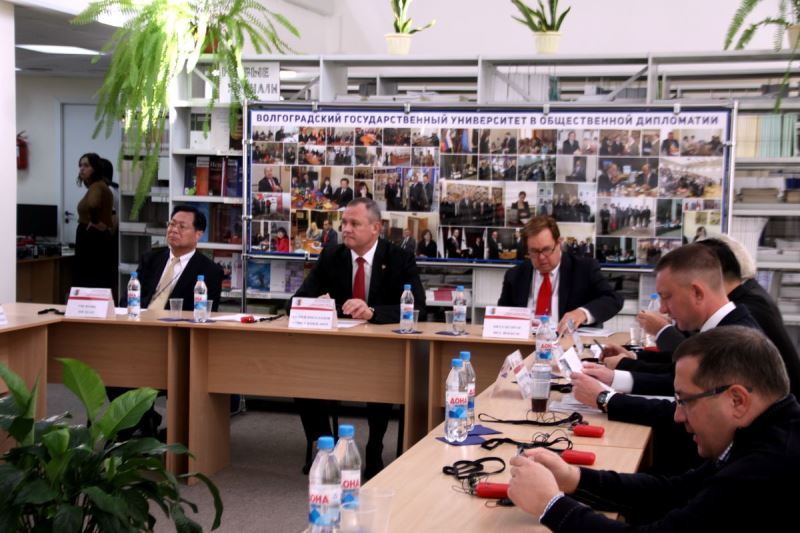 Round table of the Forum 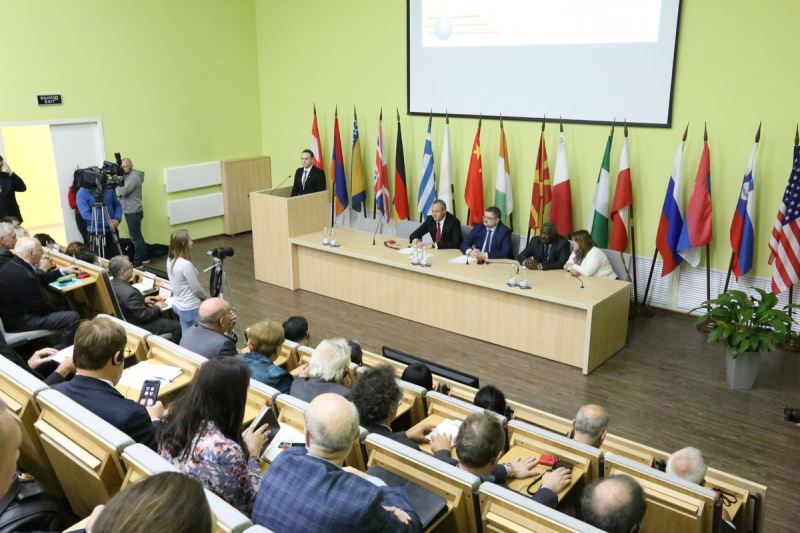 Closing session of the Forum

The International Association of Peace Messenger Cities was established in 1988 to recognize and encourage the role and responsibility cities have in creating a culture of peace. Born out of United Nations General Assembly designation of cities as Peace Messengers, the IAPMC is based on idea that municipal authorities have a responsibility to assume an active, creative role in establishing a Culture of Peace within their borders. The IAPMC has been extensively involved in numerous peace campaigns, banning of anti-personnel landmines campaign, nuclear non-proliferation, human rights, and has attracted substantial public awareness in peacemaking efforts of the United Nations Organization, Economic and Social Council, Department of Public Information and other bodies.

A meeting of the IAPMC Executive Bureau and the 29th IAPMC General Assembly itself took place in Volgograd between October 30 and November 01. It was attended by the representatives of Abidjan (Côte d’Ivoire), Morphou, Kyrenia and Lefkoniko (Cyprus), Zurrieq (Malta), Kumanovo (Macedonia), Slovenj Gradec (Slovenia), Plonsk (Poland), Kragujevac (Serbia), Sarajevo (Bosnia and Herzegovina), Orestiada and Messolonghi (Greece), Rostock (Germany), Coventry (Great Britain), Yokohama (Japan). Remarkably, the meeting of the IAPMC Executive Board had the attendance rate of 100%. 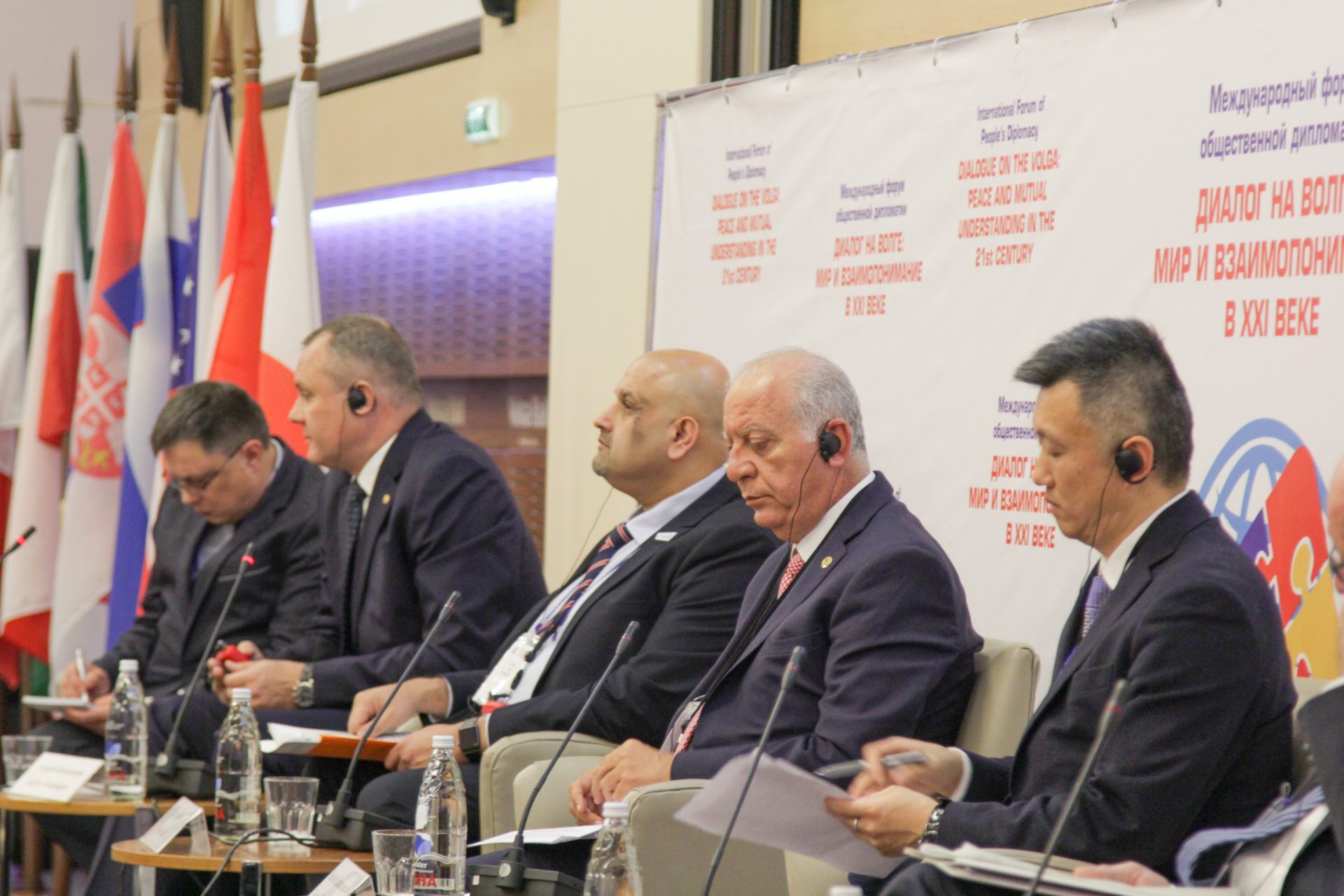 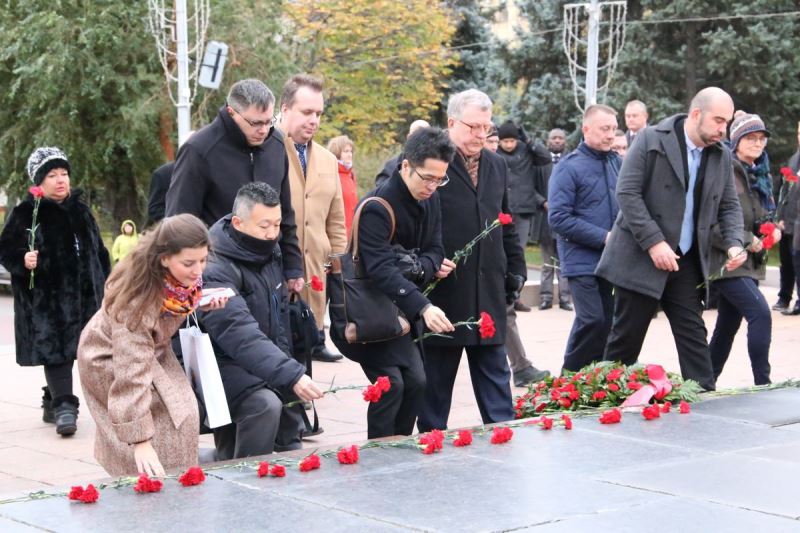 On November 1, the International Forum of People’s Diplomacy and the IAPMC General Assembly jointly adopted a resolution calling on cities and nations to actively contribute to the process of peace strengthening in the international relations, as well as to support all initiatives aimed at the building of a meaningful dialogue amidst expert communities and political leaders of the world. The joint resolution has been distributed to all the Missions of member countries of the United Nations.

(Photos courtesy of the City of Volgograd)