Report from the City of Granollers

On September 21, to commemorate this year’s International Day of Peace, the district of Horta-Guinardó in Barcelona organized a full day of cultural activities at Hiroshima Gardens to express their desire for peace and their rejection of violence. The event included workshops for children, presentations of mural paintings, a tree planting ceremony and speeches of public authorities. Among the participants was a representative from the Japanese embassy in Spain.

The Hiroshima Garden was surrounded by a number of mural paintings created in tribute to all victims of war. At noon, bells were rung to pay tribute to all the people who lost their lives during the atomic bombings of Hiroshima and Nagasaki, hoping that nothing like this will ever happen again anywhere in the world. Children participated in tree planting, read poems, and practiced meditation.

Various schools and other oraganizations of the Horta-Guinardó neighborhood were involved in the initiative. 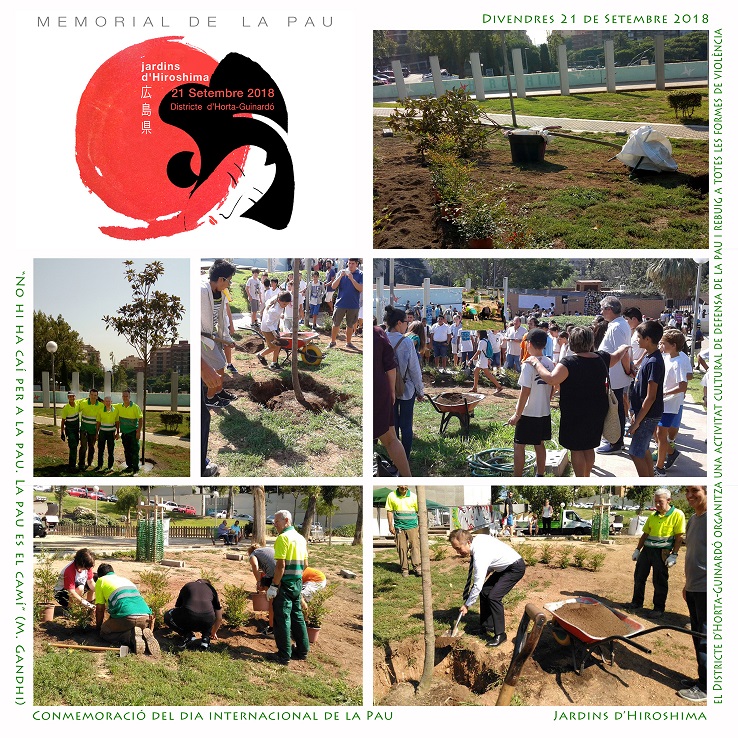 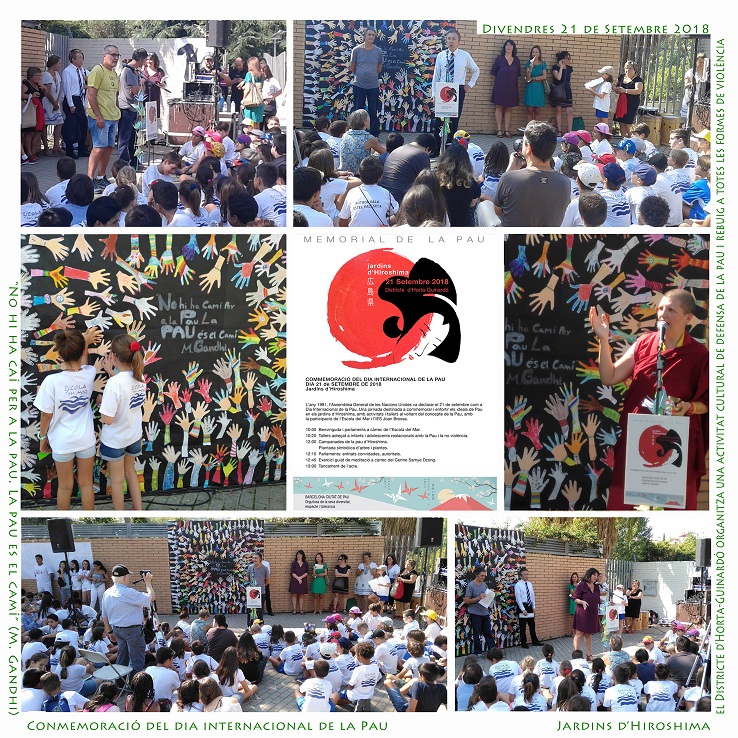 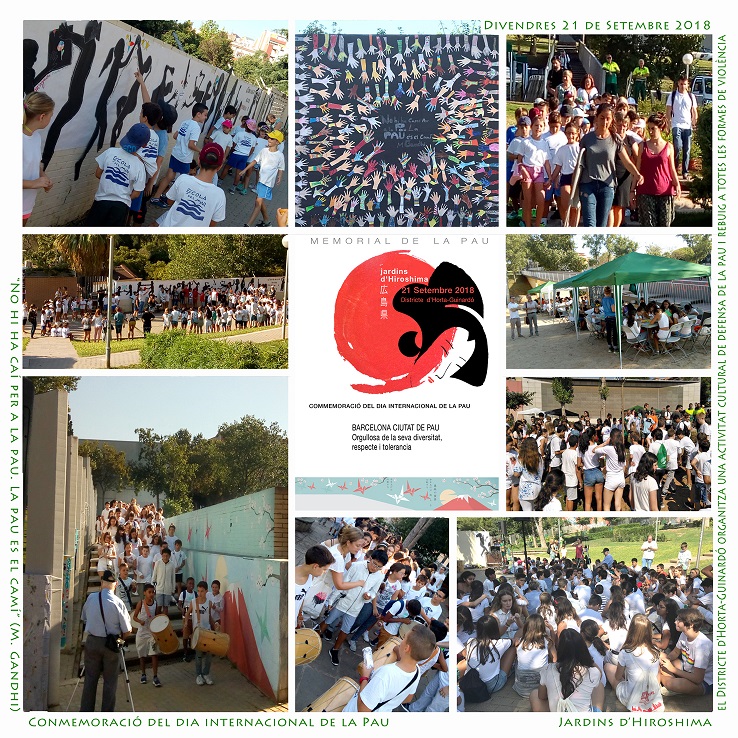 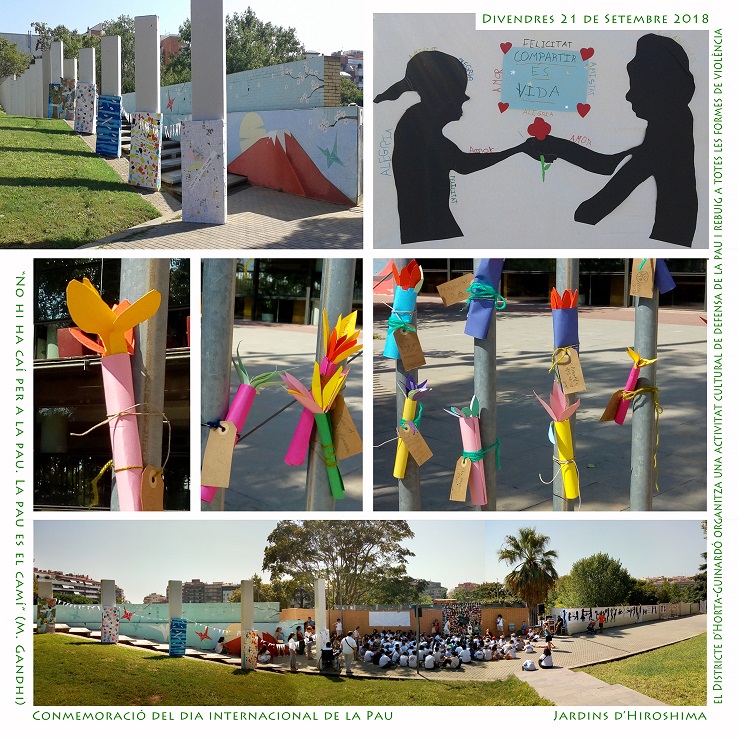 (Photos courtesy of the City of Barcelona)