As part of the commemoration of the 73rd anniversary of the atomic bombing of Hiroshima on August 6, the City of Hannover, a Vice President of Mayors for Peace and the Lead City of the German Chapter of Mayors for Peace, hosted a photo exhibition titled “Black Rain Hibakusha – Children of the Black Rain” by photographer Thomas Damm at Market Church from August 1 to 15.

The exhibition features large format photographs of hibakusha who still suffer from the radioactive fallout – called black rain – of the atomic bombing of Hiroshima in 1945. The Black Rain Hibakusha are involved in a legal dispute concerning the expansion of the officially recognized “black rain areas”, demanding for the official acknowledgement that they are indeed radiation victims.

Many visitors to this exhibition strengthened their resolve to encourage Hiroshima in its fight to gain recognition for these people as victims of the atomic bombing. Mayor Schostok of Hannover addressed a letter to Mayor Matsui assuring him that Hannover, as a twin city of Hiroshima, very much supports him in his efforts on behalf of the Black Rain Hibakusha. 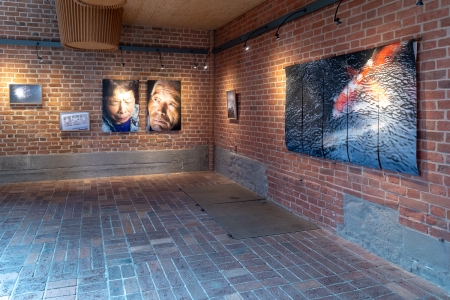 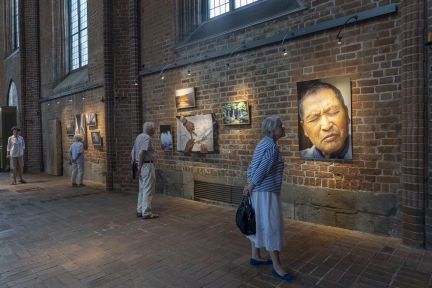 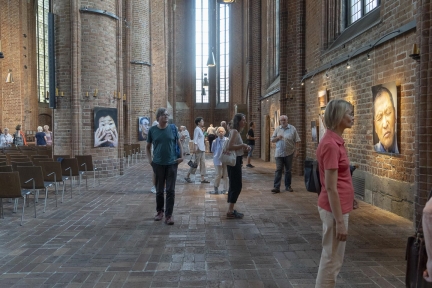 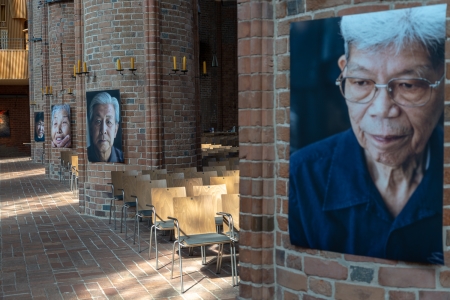 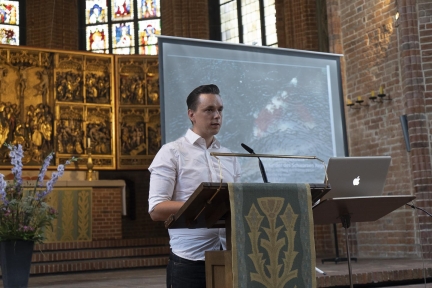 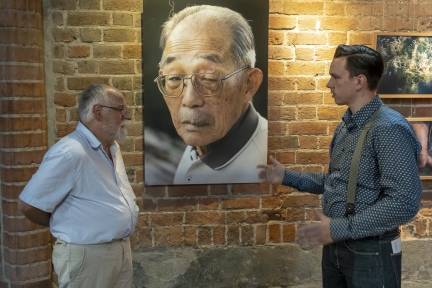 (Photos courtesy of the City of Hannover)