Report by Lucie Lavoie,
International Relations Advisor of the City of Montreal

As an Executive Member and Lead City, Montreal participated in the 10th Executive Conference of Mayors for Peace in Geneva. Ms. Rosannie Filato, an elected official and a member of the executive committee of the City of Montreal responsible for social development, homelessness, youth, sports and leisure, officially acted as the representative of the Mayor of Montreal. She was given the opportunity to report on Montreal’s best practices on affordable housing, as housing is an essential human need that must be guaranteed, protected and closely managed by city officials for the ultimate good of our citizens.

> Montreal’s presentation at the Executive Conference

Being in Geneva allowed us to meet with Mayor Kazumi Matsui, with whom our city has developed a real friendship based on shared values, as well as with our peers from the executive board.

One of the highlights was certainly our participation at various meetings held at the Palais des Nations, a true symbol of peace and resilience, where innumerable meetings centered on peace and the resolution of conflicts have taken place over the past decades.

Being in Geneva also allowed us to meet our counterparts at the political / municipal level, as Montreal and Geneva closely collaborate on the theme of «Living Together / vivre ensemble», where we study the mobility of population, urban growth and metropolization that lead us to reflect on the way we manage diversity within our cities. Through our « International observatory of Mayors on Living Together», of which Mayor Matsui is a founding member, it is our goal to promote the concept of «Living Together», while ensuring a balance between openness and vigilance.
> More information on “International Observatory of Mayors on Living Together” 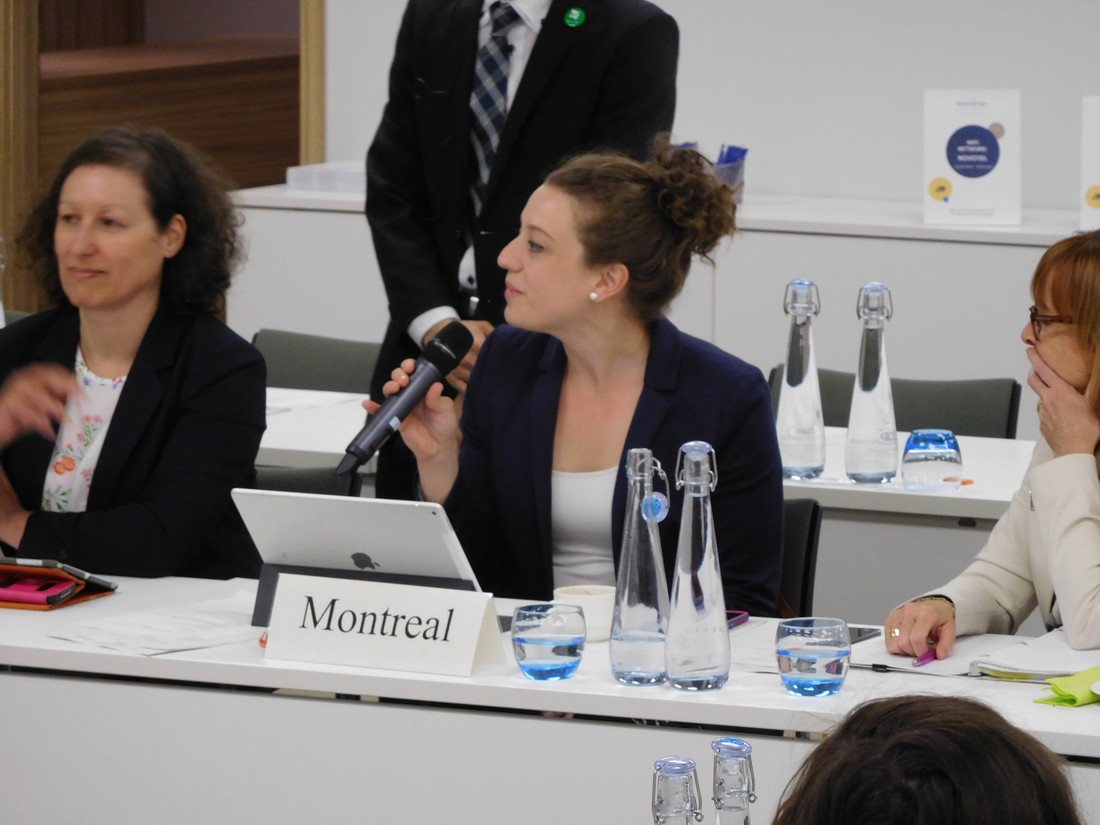 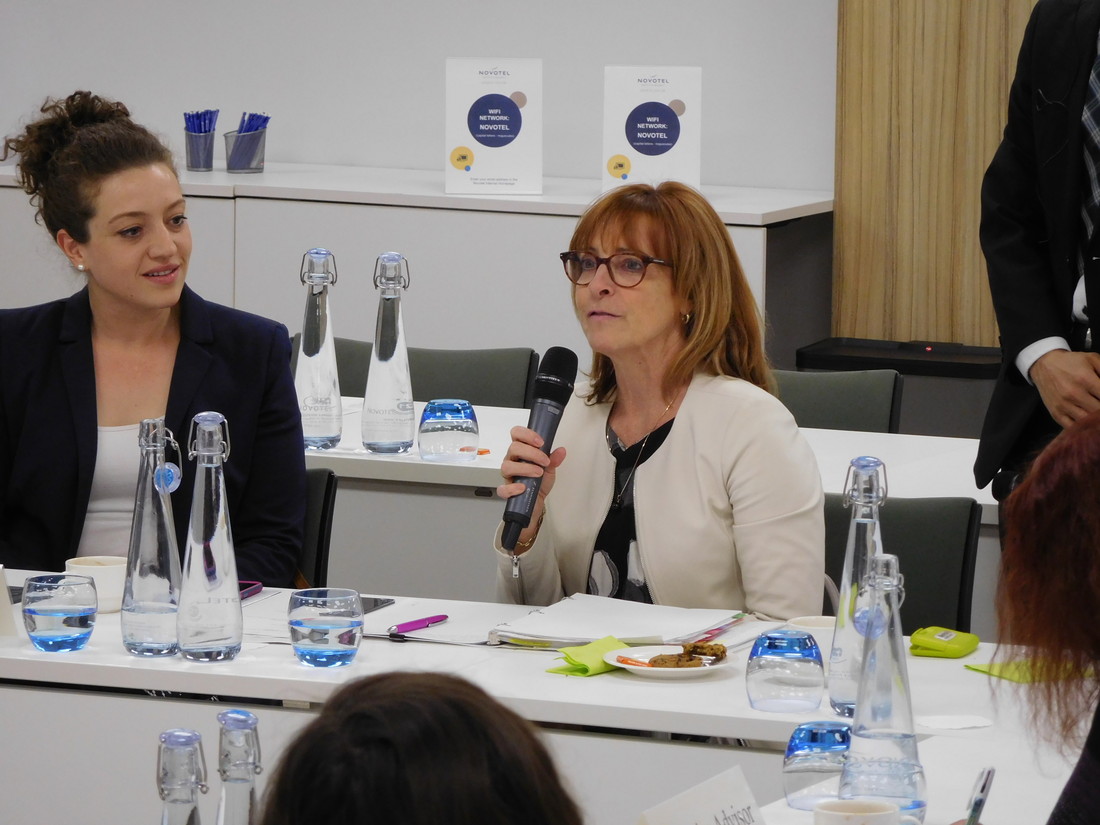 Lucie Lavoie, International Relations Advisor of the City of Montreal

On the eve of the G7 Summit taking place in Charlevoix, Canada, on Wednesday June 7th from 4:30pm, the City of Montreal hosted an important and influential event entitled: « Cities, Global Issues and the G7 » took place in the Hall of Honor of the Montreal City Hall.

The panelists discussed how cities can address global issues:
– As leaders on the front lines of our cities, we are worried about the increasing inequalities culminating in human tragedy which undermines the very foundations of a sustainable growth and peaceful development for all.
– All claimed that without a peaceful and inclusive approach to development and a reduction of inequalities, conflicts will increase, and peace will be compromised everywhere.
– Climate change must also be addressed, as with the world’s rapid growth and intensive economic activity, it is more important than ever to tackle these issues, as our cities, often densely populated, are deeply affected by the climate change.
– It is of the utmost importance to build a more peaceful and secure world, and this starts with peace and harmony in our cities.
– Local leaders are the best positioned to promote safer cities for all, but need the help of our national governments.

The panelists took this opportunity to introduce a Montréal initiative undertaken in conjunction with the G7 Summit – an open letter to the leaders of the G7, which is the product of collaboration of mayors and local governments of more than 10,000 cities throughout the world.
>The open letter to the G7 leaders:

Mayor Matsui of Hiroshima City, who serves as the President of Mayors for Peace, sent a message for this event, in which he referred to the open letter to the leaders of the G7 and expressed his hope that this meaningful collaboration will serve as an opportunity for various internationally-focused local associations, who share the common goal of lasting world peace, to develop closer ties with each other and that they will play an even more important role in driving local solutions to global challenges. The letter was read by Mr. Yuji Kubo, Deputy Consul-General of Japan in Montreal.

At the end of the event, the Mayor of Montreal announced that Montreal will be hosting on August 5th (at exactly the same time as August 6th in Hiroshima) at the Japanese garden of the Montreal Botanical garden the annual peace ceremony in presence of numerous Montreal citizens.

The nuclear threats unfortunately still have a hold over all of us. Montreal is an executive member of Mayor for Peace. Through this international organization, Montreal works along with Mayor Kazumi Matsui and the thousands of members to promote safe cities for all. It is our mission to encourage other cities to pursue collaborative efforts to ensure international peace, security and disarmament. 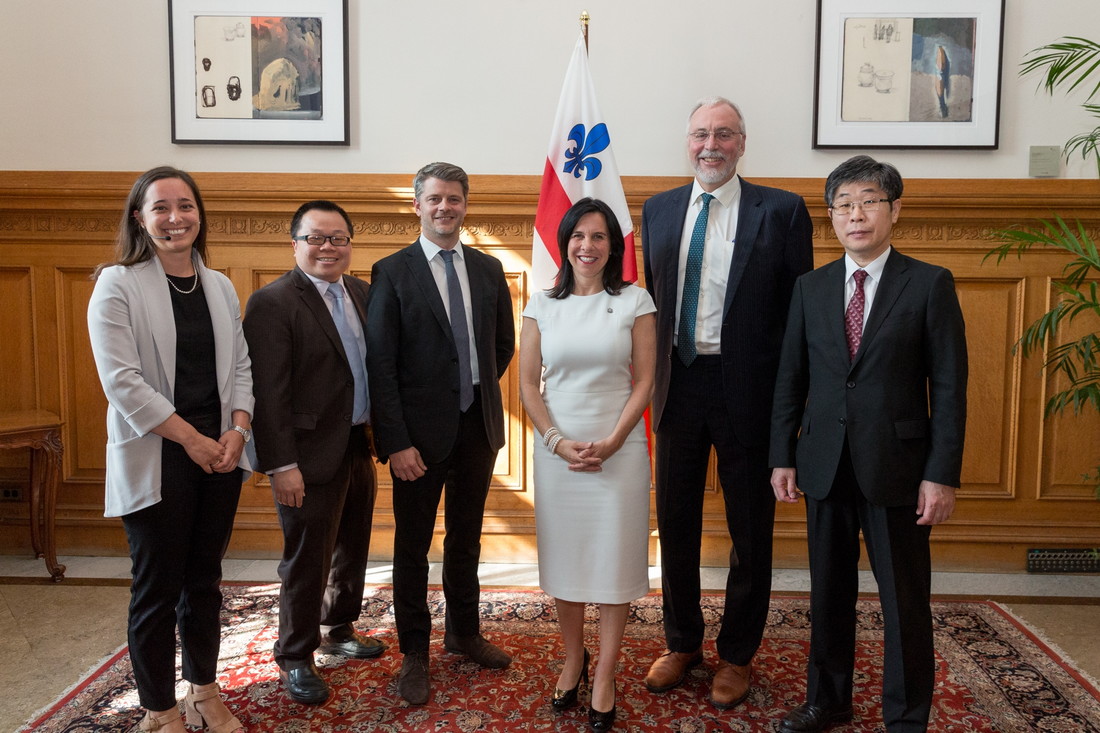 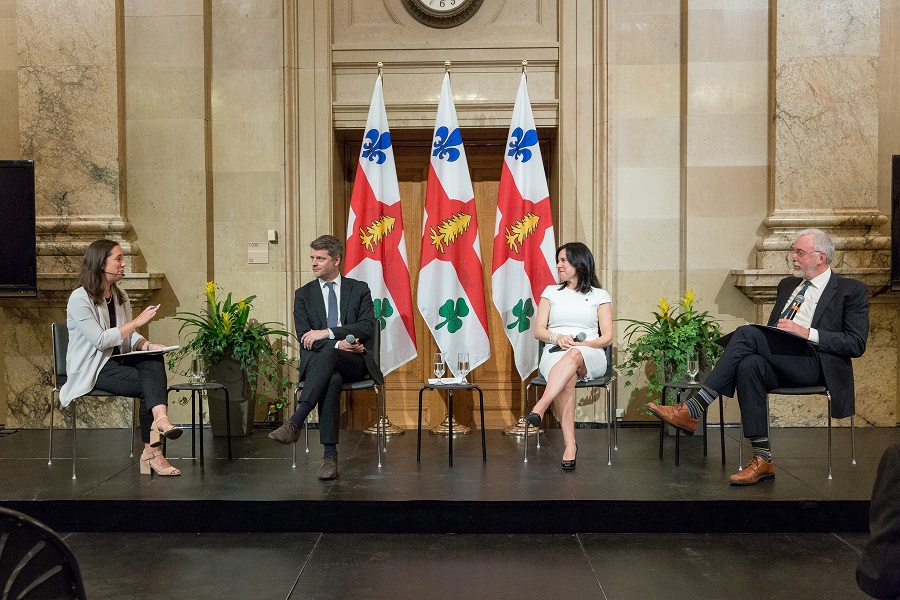 (Photos courtesy of the City of Montreal)