The City of Hannover, a Vice-President City member of Mayors for Peace and Lead City for Germany, has encouraged the German members to sign the petition forms calling for all states to join the Treaty on the Prohibition of Nuclear Weapons (TPNW).

During the past seven months, approx. 900 signatures have been collected by the members of Mayors for Peace throughout Germany. At the German Mayors for Peace Conference on June 15th in Münster, Deputy Mayor Hermann of Hannover handed the list of signatures over to Mr. Christoph Hallier, a government official in charge of nuclear disarmament and arms control, who was invited as the keynote speaker at the conference. In handing the list to Mr. Hallier, Mr. Hermann reaffirmed the German Chapter members’ wish that Germany will join the Treaty soon.

The German Mayors for Peace will continue to support the goal for a nuclear weapons free world and peace in the future. 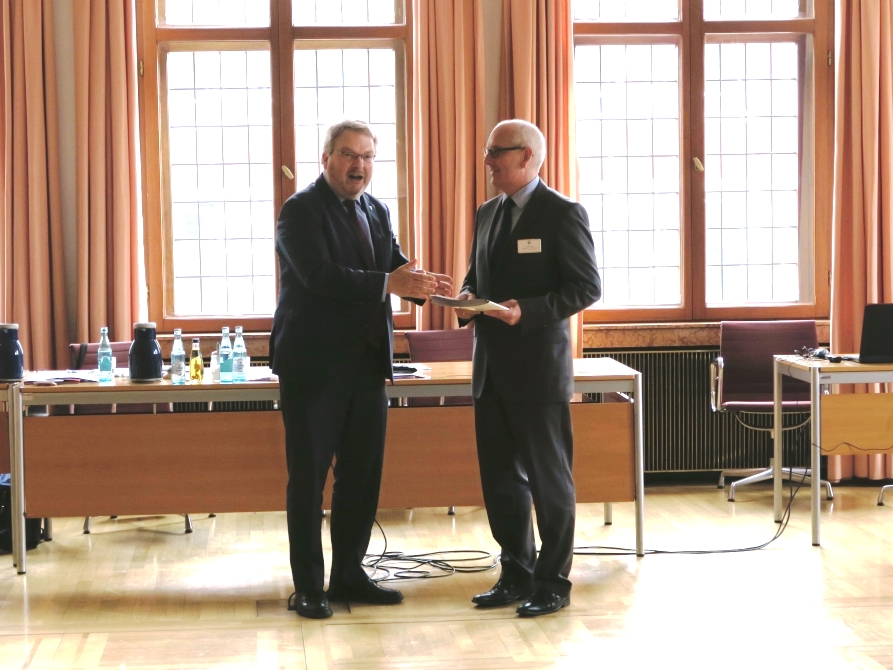 Deputy Mayor Hermann of Hannover handing the list of signatures over to Mr. Hallier


(Photo Courtesy of the German Chapter of Mayors for Peace)