Report provided by the City of Hannover, Germany

To mark the 30th anniversary of the INF-Treaty, a success of the peace movement, and to recall the danger this disarmament treaty is in, member mayors of the German Chapter of Mayors for Peace and representatives of the peace movement signed the Mutlangen Manifesto on December 5, 2017. Mutlangen is a former deployment site of nuclear Pershing II missiles.

The Mutlangen Manifesto states that disarmament treaties create security and demands to maintain the INF-Treaty and to sign and ratify the Treaty on the Prohibition of Nuclear Weapons. The signers promise action demanding withdrawal every year for as long as nuclear weapons are deployed in Germany. As long as nuclear weapons are being upgraded and kept ready to use, they will protest against such investments and avoid any involvement as best as possible. They promise to participate in delegations and international meetings in order to promote a different approach to security politics and the rigorous implementation of disarmament treaties under international law.

There are 37 signatories so far, including mayors, district counsellors, a pastor, and peace group representatives. The signers are looking for support from other former deployment sites and will present the Manifesto at the NPT-PrepCom in Geneva this year and in Büchel, the last nuclear deployment site in Germany. 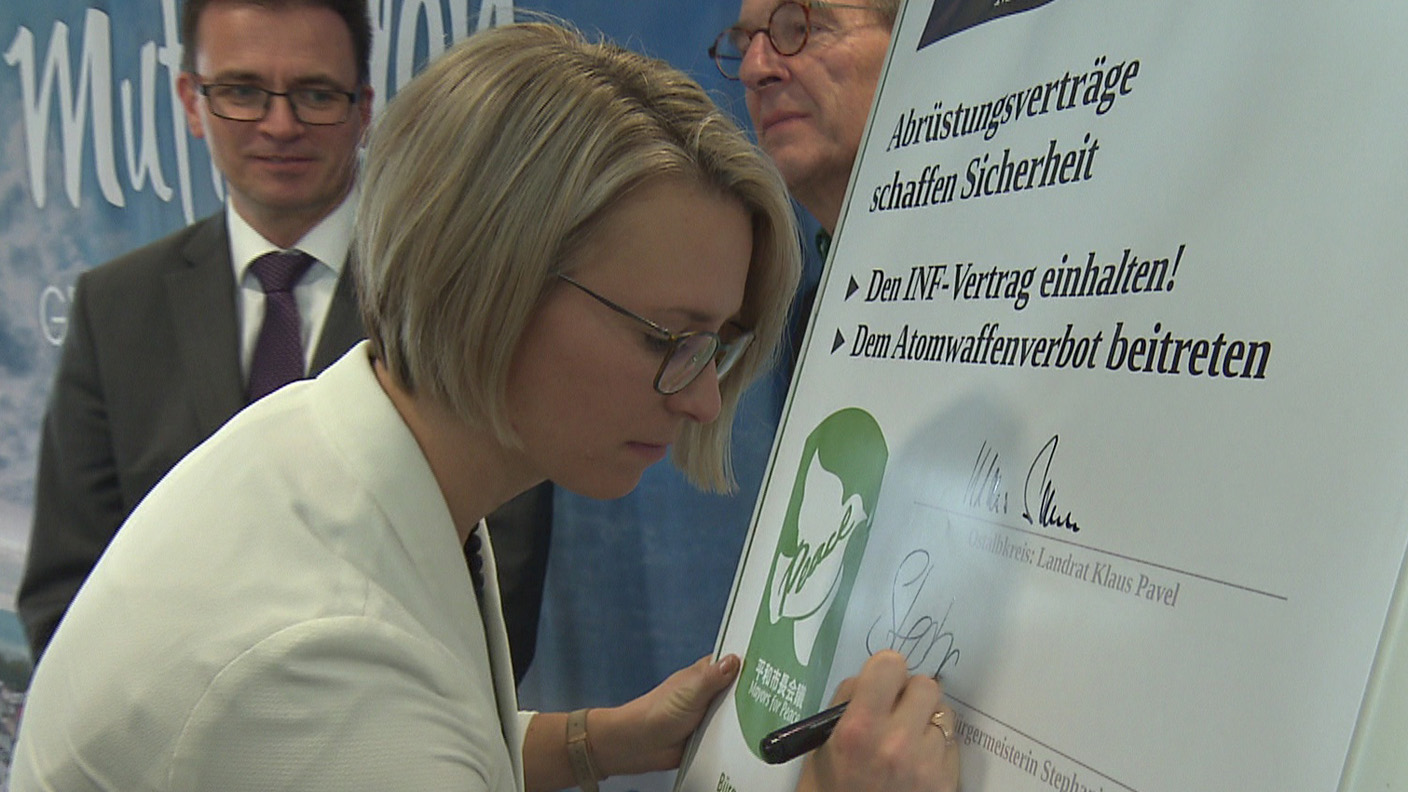