Mayors for Peace events celebrating TPNW is to enter into force 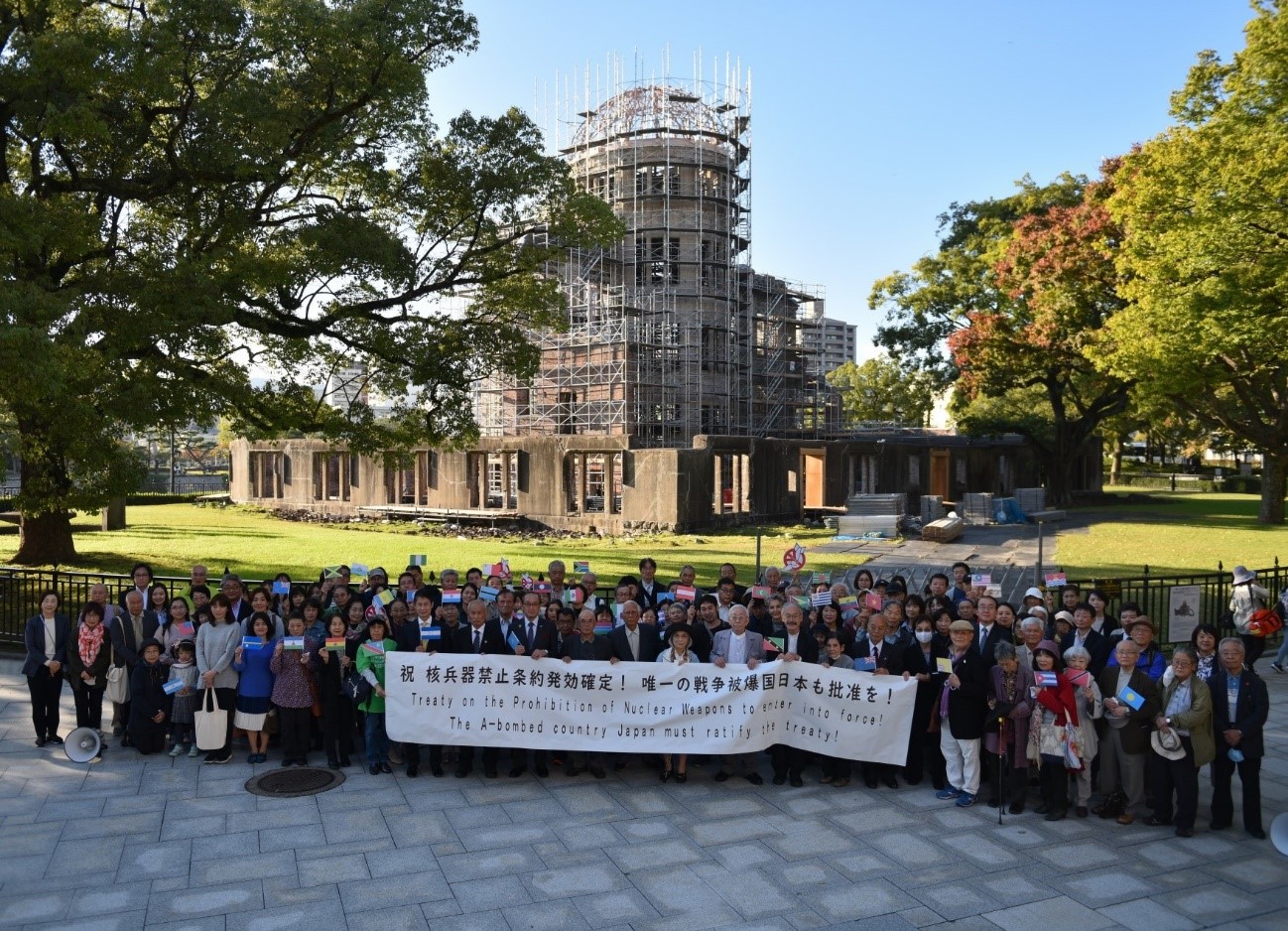 On October 24, the number of states ratifying the Treaty on the Prohibition of Nuclear Weapons has reached 50, ensuring its entry into force.
To commemorate this occasion, an event was held in front of the Atomic Bomb Dome in Hiroshima on the following day, October 25. Hibakusha and other citizens got together to celebrate that the Treaty will soon enter into force. They pledged to continue promoting wider participation in the treaty, including by Japan, hand in hand with each other.

Mayor Kazumi Matsui of Hiroshima, who also serves as the President of Mayors for Peace, attended this event and gave a speech: “We must never forget the historical fact that hibakusha’s earnest wish that ‘no one else should suffer as we have,’ and the recognition by civil society that nuclear weapons are an absolute evil had pushed international society and led to the treaty’s entry into force.”

In the evening of the same day, Mayors for Peace also held a special ceremony with young people.

President Matsui and Secretary General Koizumi of Mayors for Peace welcomed youth gathered to attend the ceremony with candles in their hands in front of the Cenotaph for the A-bomb Victims. They are students actively engaged in peace activities in Hiroshima, namely the Abolition of Nuclear Weapons! Signature Campaign (petition drives held in the streets) and the Youth Peace Volunteer program (taking visitors from overseas for English-language tours of Peace Memorial Park).

At the beginning of the ceremony, President Matsui gave opening remarks including these words of encouragement: “Students engaged in peace activities are here with me today to express their determination for action in the future. May their actions demonstrate to the people of the world that being free from nuclear weapons is the way this world should be. May such thinking become a global standard, that will lead people to take action based on such peace-seeking-spirit in their daily lives. This is my sincere desire.”

Young students then reported to the victims with their candles lit, that the long-awaited treaty’s entry into force is now ensured. In their speech, representatives of youth stated: “For many years, many citizens all around the globe extensively sought greater understanding of hibakusha’s messages that ‘no one else should suffer as we have.’ We would like to rejoice that such efforts have been successful, and led to ensure the treaty’s entry into force. On the other hand, we are now confronted with a significant challenge—that is, what we, the young generation, can do to encourage international society, including nuclear-armed states, to make steady progress toward the abolition of nuclear weapons.” They pledged to continue working to realize a world free of nuclear weapons, and to have more and more people of the world share in the spirit of Hiroshima. 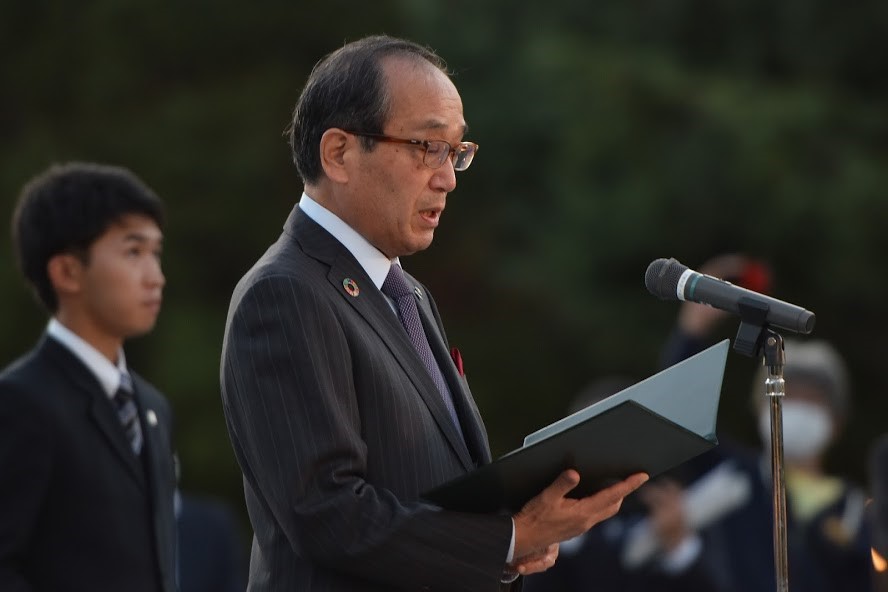 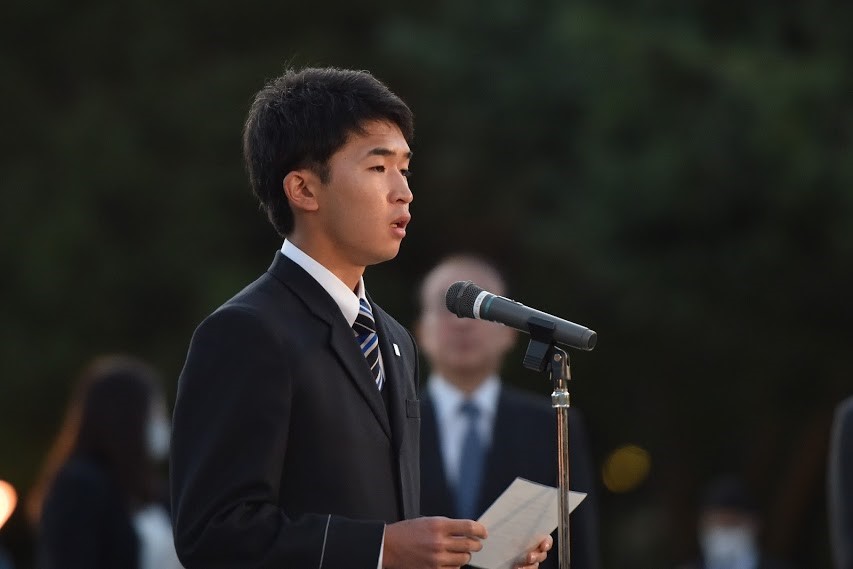