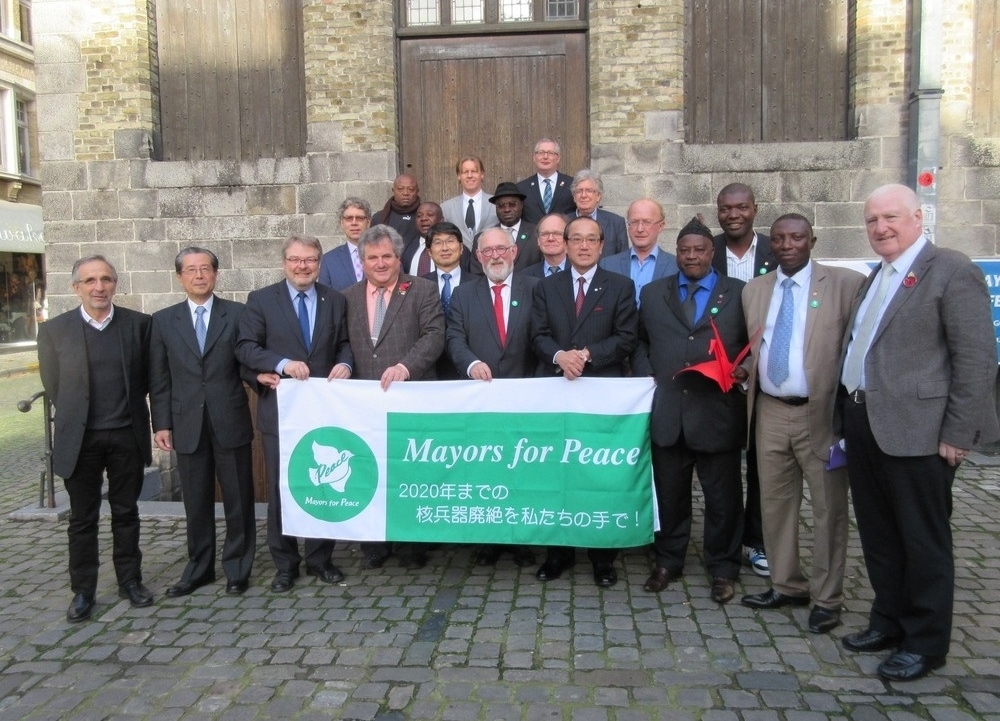 The 9th Executive Conference was held in Ypres, Belgium.

During the conference, the participants discussed the future plans of Mayors for Peace, reported on their activities to encourage the abolition of nuclear weapons and address other issues unique to each region, and shared information with each other.


Visit to Europe for the 9th Executive Conference of Mayors for Peace, the Opening Ceremony of an Exhibition on the Atomic Bombings at the United Nations Office at Vienna, and Other Events (November 2015)