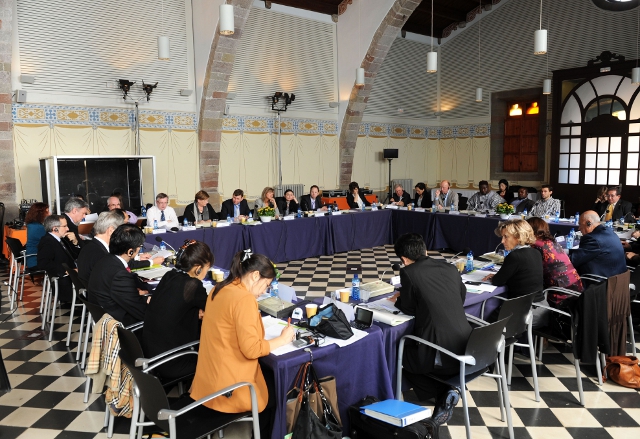 The 8th Executive Conference was held in Granollers, Spain.

During the conference, it was reported that the number of member cities exceeded 5,000 in September 2011. Past activities were reviewed and future plans were discussed among the participating mayors and representatives of executive cities.


The 8th Executive Conference of Mayors for Peace in Granollers, Spain and the Opening of an Exhibition about the Atomic Bombings and Disarmament in the United Nations Office at Geneva