To arouse further international momentum for a world without nuclear weapons before the NPT Review Conference in May 2010, Mayor Akiba, President of Mayors for Peace visited Nicaragua, where many cities/municipalities have expressed their deep understanding for our activities and the number of member cities has rapidly increased. He asked Nicaraguan cities for continued future support for Mayors for Peace.

Mayor Akiba also attended the 78th Winter Meeting of the U.S. Conference of Mayors (USCM) at Washington DC. The USCM has adopted five resolutions supporting our initiatives. At the meeting, Mayor Akiba called for joint efforts of cities toward success of the NPT Review Conference(RevCon), asking the USCM for their cooperation in urging the US Government to play a leading role at the NPT RevCon to achieve a world without nuclear weapons.

Prior to his visit to Nicaragua, Mayor Akiba visited the Embassy of Nicaragua in Japan and met with H.E. Saul Arana Castellon, Ambassador of Nicaragua to Japan and H.E. Samuel Santos López, Minister of Foreign Affairs of Nicaragua, who were visiting Tokyo.

Mayor Akiba passed Minister Santos a letter to request for his cooperation in adoption of the Hiroshima-Nagasaki Protocol at the NPT RevCon and he assured to do his best to achieve a world without nuclear weapons by 2020. 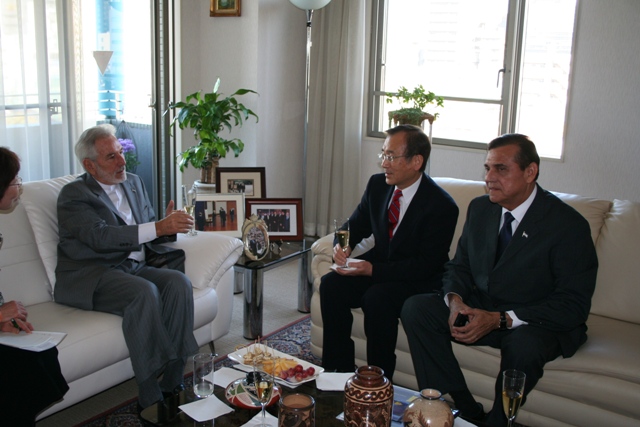 Mayor Akiba visited Managua, capital of Nicaragua, and exchanged opinions with the leaders of the city including the mayor and councilors. As Nicaragua has experienced civil wars, they were keenly seeking peace and felt a deep affinity for Hiroshima. In Managua, he dedicated flowers to the memorial monument of a foundation hero, Augusto C. Sandino, and the grave of Carlos Fonseca, founder of the Sandinista National Liberation Front. He also visited the National Museum (also known as the National Palace of Culture).

The City of Managua held a ceremony to present Mayor Akiba a key to the City of Managua in front of many citizens. During the ceremony, Mayor Akiba spoke that many cities around the world have shared difficulties in their history and that we have a common viewpoint with Managua in terms of peace and justice. His request for their support in the activities of Mayors for Peace as well as cooperation for the 2020 Olympics in Hiroshima were favorably accepted with a round of applause. 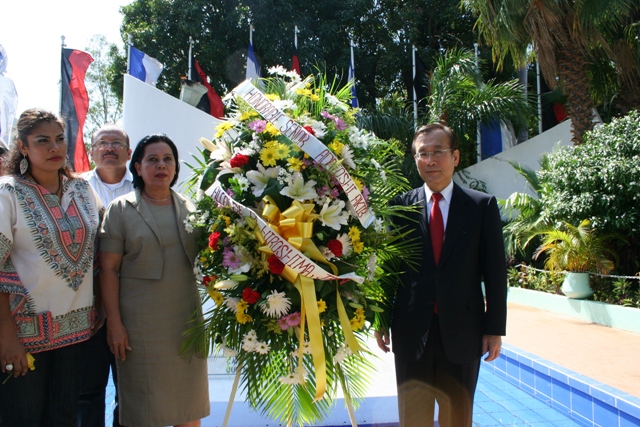 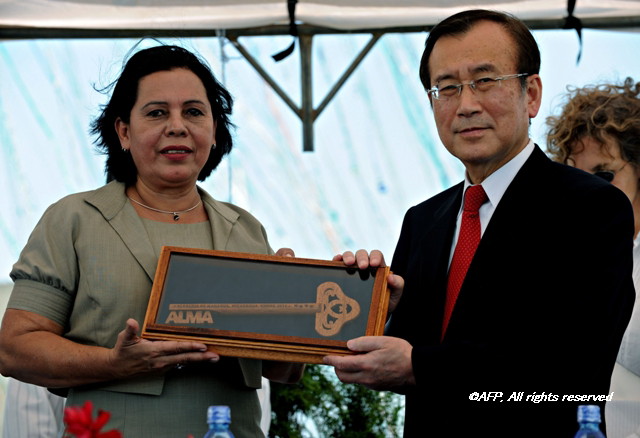 After visiting Managua, Mayor Akiba visted León. He attended a ceremony commemorating the 400th anniversary of transfer of the City of León from the old city abandoned due to a volcano eruption in 1610. The ceremony was held at the ruins of old León called “León Viejo”, a UNESCO World Heritage Site.

At the ceremony, President Ortega of Nicaragua awarded Mayor Akiba the Cultural Order Rubén Darío, named after a famed national poet, it is the most honored award in Nicaragua presented to persons who have made cultural contributions. The award was, “Recognizing contributions of Mayor Akiba for peace, justice and a nuclear-weapon-free world by 2020 and expressing support from the Government of Nicaragua”.

Mayor Akiba also received a key to the city of León. In his remarks, Mayor Akiba called for joining forces toward the abolition of nuclear weapons with favorable response to his words. 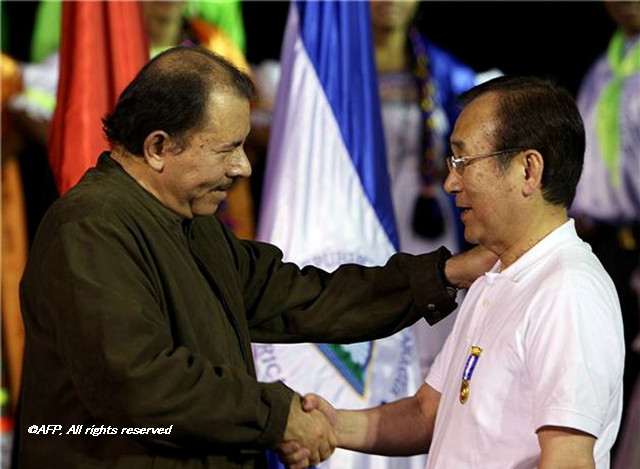 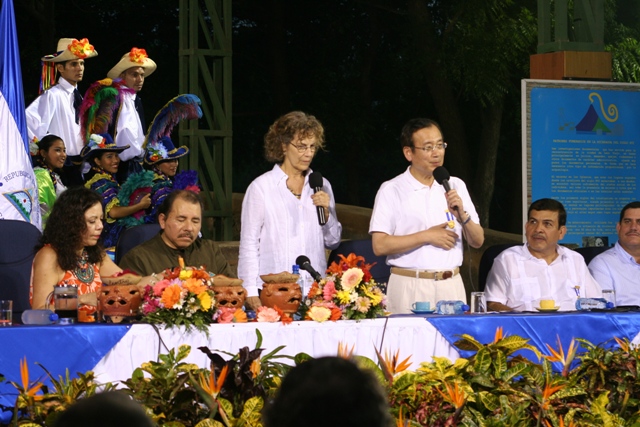 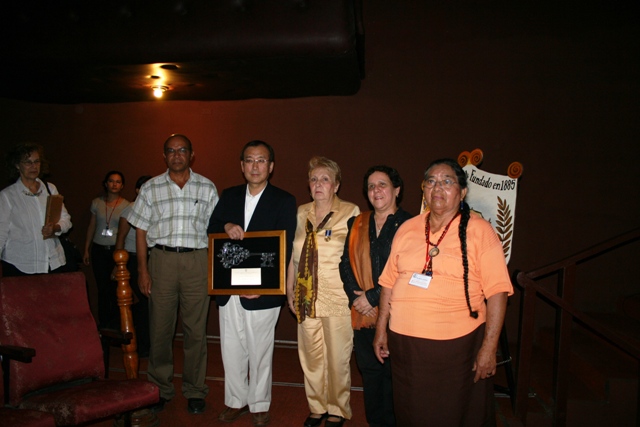 Mayor Akiba visited the City of Estelí and was presented with a key to the City. In his remarks, Mayor Akiba introduced the three achievements of hibakusha, A-bomb survivors, that he originally mentioned in his 1999 Peace Declaration. He appreciated each member city’s efforts for preventing the third use of nuclear weapons, and called for joint efforts with President Ortega and President Obama toward a world without nuclear weapons by 2020. He closed his speech by calling for the participants to see each other again at the Olympic Games in Hiroshima, the year a nuclear-weapon-free world is realized. His words were received with a round of applause. 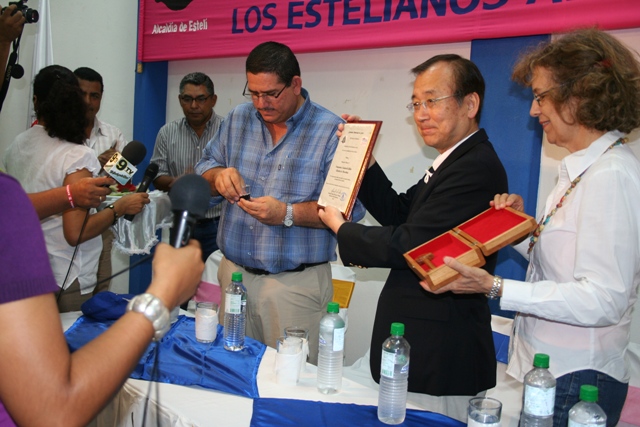 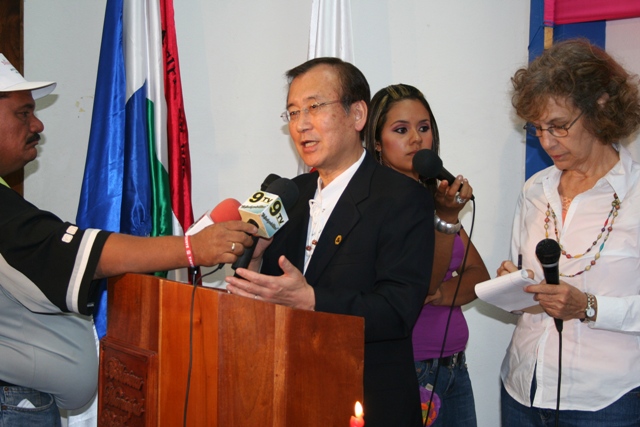 Mayor Akiba participated in a conference of the Association of Municipalities of Nicaragua supporting Mayors for Peace and the elimination of nuclear weapons, held in Matagalpa. About 200 participants including H.E. Pablo Fernando Martinez Espinoza, Minister of the Transportation and Infrastructure, attended the meeting. Minister Martinez has extended tremendous support to expand our membership in Nicaragua.

In his remarks, Mayor Akiba expressed his gratitude for their support of Mayors for Peace, introduced the three achievements of hibakusha, and stressed the importance of the NPT Review Conference in May 2010 to achieve a nuclear-weapon-free world by 2020. Mentioning President Obama’s clearly stated commitment to seek a world without nuclear weapons, he stressed that “if we share the dream together, we can do it” and called for joint efforts toward a nuclear-weapon-free world by 2020.

He also mentioned that the City of Hiroshima is considering the possibility of inviting the Olympic Games to celebrate the realization of the abolition of nuclear weapons, and received support with applause from the Nicaraguan mayors in attendance.

The conference adopted an appeal to fully cooperate with Mayors for Peace in making efforts toward a nuclear-weapon-free world by 2020. 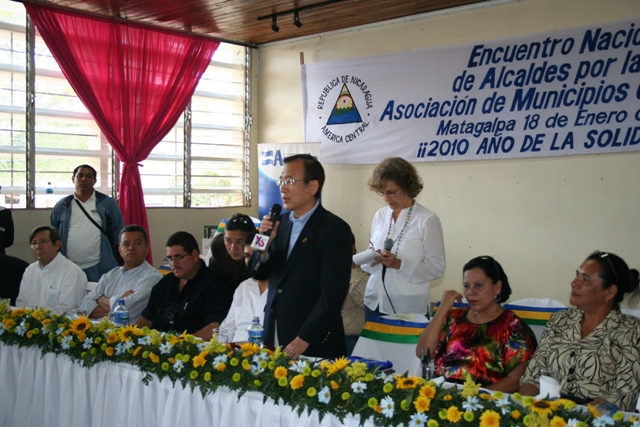 After returning to Managua in the late afternoon, Mayor Akiba met with President Ortega and his wife. While introducing the activities of Mayors for Peace, he expressed his gratitude for the tremendous cooperation to make all Nicaraguan municipalities join Mayors for Peace, especially through kind support from H.E. Father Miguel d’Escoto Brockmann, former president of the UN General Assembly, Minister Martinez and Ambassador Arana. Mayor Akiba stressed the hibakusha’s wish that “No one else should ever suffer as we did” and how important the NPT Review Conference in May 2010 would be and asked President Ortega for further cooperation with our efforts to achieve a nuclear-weapon-free world by 2020.

The President responded saying, he had heard of stories related to the A-bombs since he was a child; expressed his willingness to visit Japan; stressed Nicaragua’s will to dedicate to peace and assured his cooperation toward a world without nuclear weapons. He also indicated his wish to attend the NPT Review Conference himself. President Ortega was very hospitable and the meeting lasted more than an hour. 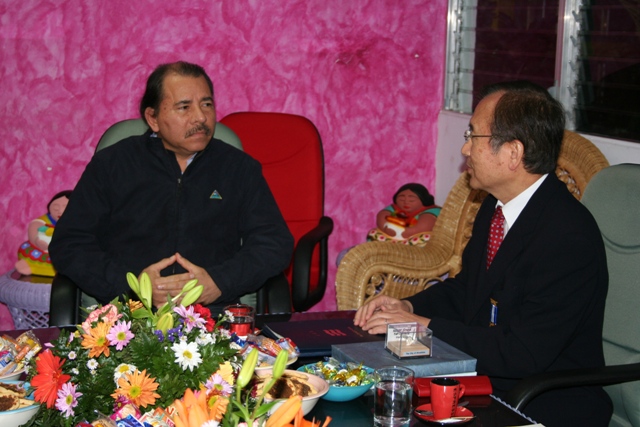 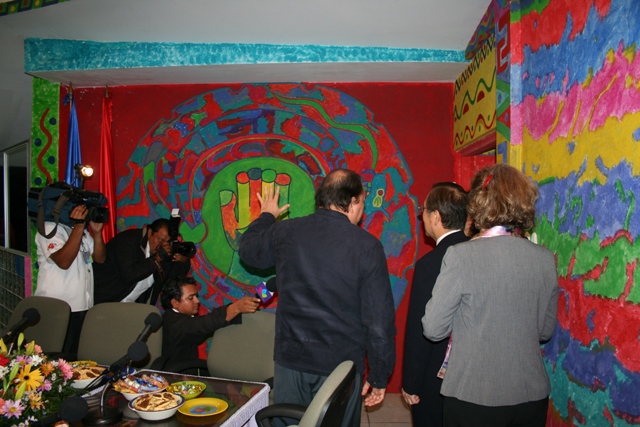 Mayor Akiba participated in the 78th Winter Meeting of the US Conference of Mayors in Washington, DC. At the Plenary Session in the afternoon, first lady Michelle Obama delivered a speech on combating childhood obesity, concluding with the words, “The only question is whether we have the will”.

Together with the mayor of Florence, Italy, Mayor Akiba was greeted as a guest from overseas. In his speech, Mayor Akiba pointed out that the American mayors have led the world in efforts to solve global problems including climate change, stressed the significance of increase in the membership of Mayors for Peace to facilitate the global initiative and asked for their cooperation in the efforts to grow the global membership of Mayors for Peace into over 5000.

He also mentioned that, as First Lady Obama said, “the will” is important to achieve a world without nuclear weapons, and that President Obama promised and “the will” to join Mayors for Peace would hugely influence the future of the world. He also introduced the move to consider the possibility to invite an Olympic Games to Hiroshima and Nagasaki to celebrate fulfillment of our goal of total elimination of nuclear weapons by 2020, and expressed his expectations of the U.S. Conference of Mayors, as a driving force to leave a peaceful world without nuclear weapons to the children of future generations.

He concluded his speech with, “Together, we can do it. Yes, we can!” and received a hail of applause.

During the sessions of the Meeting, Mayor Akiba requested dozens of American mayors face-to-face to join Mayors for Peace and promoted understanding and support for Mayors for Peace, resulting in some mayors signing the registration form at the venue. With other mayors who were participating in the Meeting, Mayor Akiba went by bus to the White House to meet with President Obama. The President spoke on various issues including financial matters of local governments, infrastructures including transportation and unemployment. After a question and answer session, the President talked to the mayors from the podium. Mayor Akiba shook hands with President Obama and telling him to, “Please visit Hiroshima one of these days.”, and the President replied saying, “I would like to come.”

After the meeting with President Obama, Mayor Akiba visited U.S. Congressman Mr. John Conyers (Michigan, Democrat) and explained the initiatives of Mayors for Peace. Rep. Conyers assured Mayor Akiba that he would call for cities in his constituency to join Mayors for Peace. 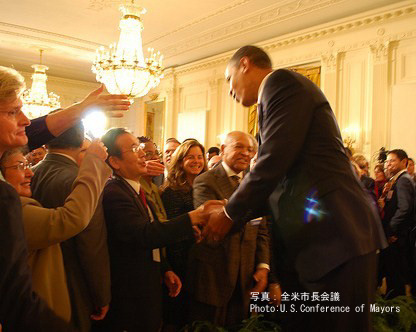 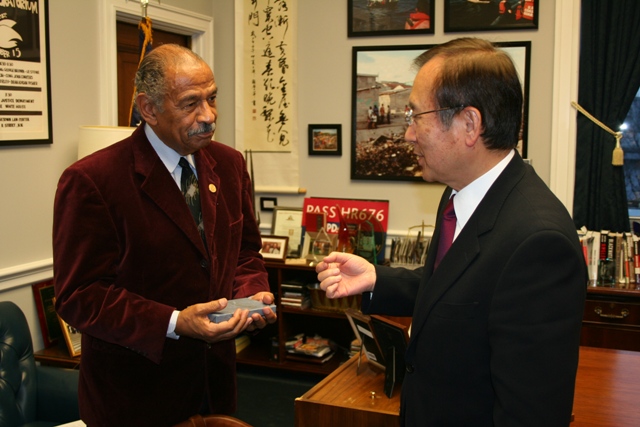 After observing the Plenary Session in the morning, Mayor Akiba attended a Closing Luncheon. Following that, Mayor Akiba visited the Chief Information Officer of the National Nuclear Security Administration, U.S. Department of Energy, who is in charge of the U.S. “Nuclear Posture Review”. He also visited the U.S. Senate Committee on Foreign Relations and exchanged opinions with staff there on measures toward a world without nuclear weapons.