Held in Providence, Rhode Island, President Akiba participated in the 77th Annual Meeting of the US Conference of Mayors, promoting the Hiroshima-Nagasaki Protocol as well as the 2020 Vision Campaign [Emergency Campaign to Ban Nuclear Weapons]. Calling to the mayors of the world’s nuclear superpower, Mayors for Peace encouraged both understanding of and cooperation with its mission, moving ever closer to a world free of nuclear weapons through city-driven activities.

(US Conference of Mayors)
The U.S. Conference of Mayors (USCM) is the official nonpartisan organization of cities with populations of 30,000 or more. There are approximately 1,200 such cities in the country today. The group has four times adopted resolutions in support of Mayors for Peace activities.

President Akiba asked the International Affairs Standing Committee to submit a resolution for the total elimination of nuclear weapons by 2020 to the Plenary of the77th Annual Meeting.

The drafted resolution featured:
1) Support for the activities of Mayors for Peace.
2) Urging the International Commission on Nuclear Non-proliferation and Disarmament to set 2020 as their target year of the abolition of nuclear weapons, and to recognize the important role of cities and citizens for the elimination of nuclear weapons.
3) A request directed at President Obama to announce the beginning of multilateral negotiations at the 2010 NPT Review Conference for the abolishment of nuclear arms by 2020.

The above was passed at the standing committee and was eventually adopted unanimously by the US Conference of Mayors on June 15. In his statement at the Conference, Mayor Akiba noted his appreciation of the leadership role being taken up by the USCM, also encouraging their support of the Hiroshima-Nagasaki Protocol as well as emphasizing the importance of the International Commission on Nuclear Non-proliferation and Disarmament.

He also noted that the many paper cranes delivered to Hiroshima are filled with children’s hopes and desires for peace, and to this the committee replied with enthusiastic agreement. 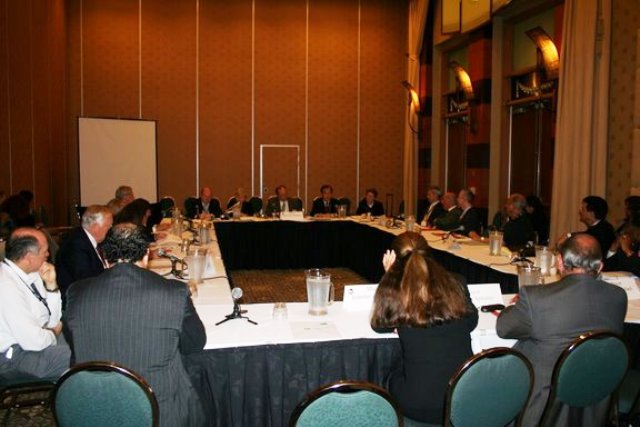 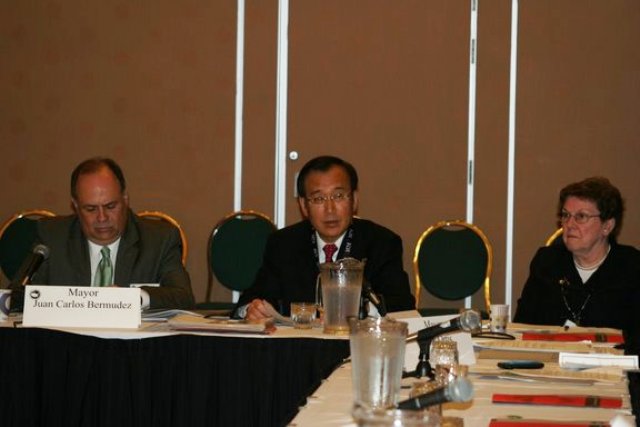 Mayor Akiba addressed at the Plenary, an audience of approximately 300 attendees. In his speech, he reintroduced the previous four resolutions passed by the USCM in support of Mayors for Peace. He also called upon them to use their voices, requesting that they show President Obama their support for the earliest possible opening of negotiations for the abolishment of nuclear weapons by 2020.

He also asked that the mayors of US cities demand that Congress pass the Comprehensive Test Ban Treaty (CTBT) as referred to by President Obama, also noting the need for more member cities to join Mayors for Peace to accomplish this revolutionary task.

He also drew attention to the huge numbers of people in agreement with President Obama, dubbing this new group the “Obamajority,” a group united in favor of nuclear disarmament. He called upon the USCM to support both the time setting for nuclear abolition as well as for an official US Presidential visit to Hiroshima. Mayor Akiba concluded his speech to a round of applause. 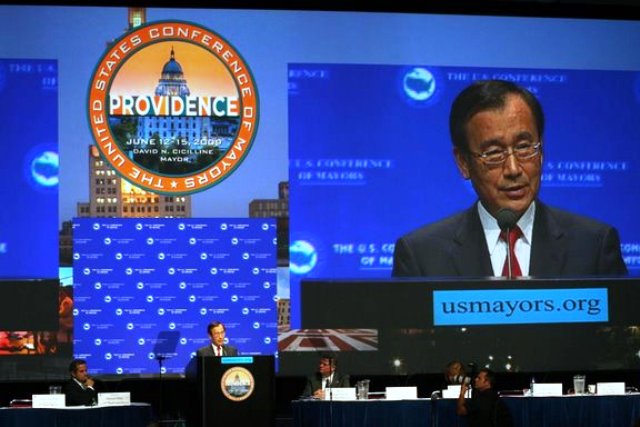 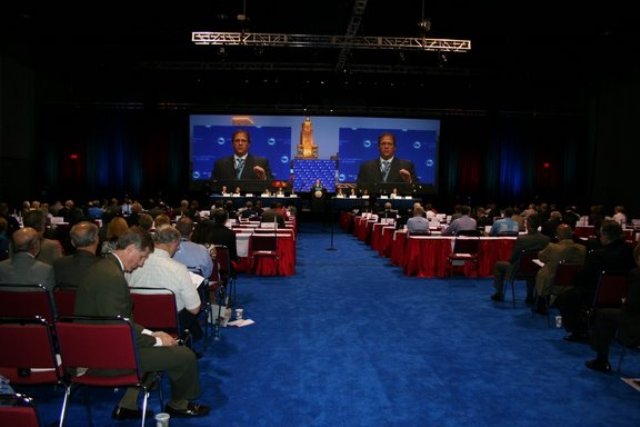 Mayor Akiba was featured on a webcasted program sponsored by the US Conference of Mayors. He introduced himself and his experience in the US briefly as well as emphasized the importance of nuclear abolition. 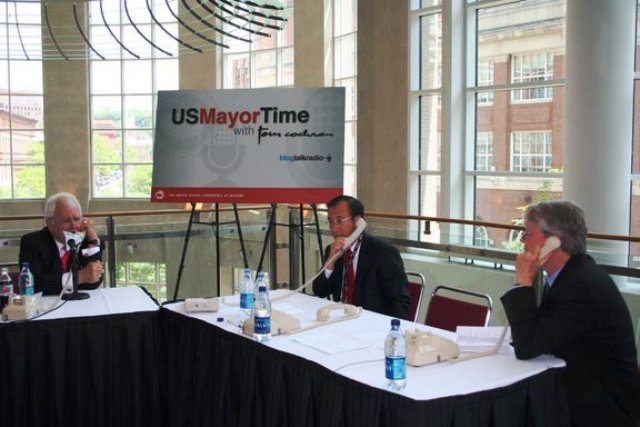 President Akiba participate in Providence’s well known event, “Waterfire.” Begininng in 1994, under the direction of local artists, 100 torches are placed in the city’s waterways more than 10 times a year. This wonderful event is quite popular with tourists.

Mayor Akiba, as Mayor of Hiroshima, a City of Peace, held aloft a torch while proceeding along the river’s shore, sending a message of peace to all onlookers. 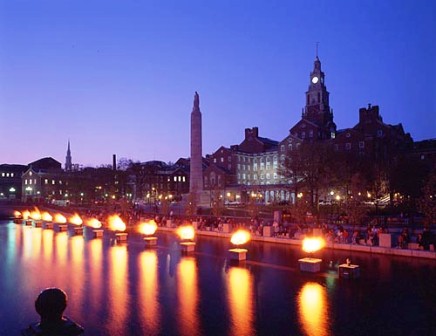 During the Conference, every opportunity was taken to promote new membership in Mayors for Peace. Those efforts resulted in 10 new member cities signed on the spot with many more promising to return home to positively consider joining us. 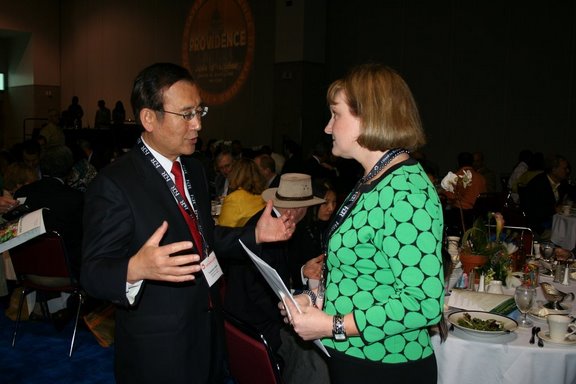