On Tuesday, August 26, 2008, thanks to cooperation from the Coop Hiroshima and the Hiroshima Toyo Carp baseball team, Orizuru (paper crane) Night Game was held at the Hiroshima Municipal Baseball Stadium in conjunction with an official professional baseball game.
Before the game began, we conducted a petition drive for the Cities Are Not Targets (CANT) project which calls for the detargeting of cities and the elimination of nuclear weapons, in front of the baseball stadium and we collected 3,721 signatures. Aside from the petition, the whole audience conveyed their messages of peace to the world from Hiroshima, through peace message video footage by citizens shown on the stadium screen and made an appeal for the 2020 vision campaign using green posters during brakes in the game.
(Click photos to enlarge) 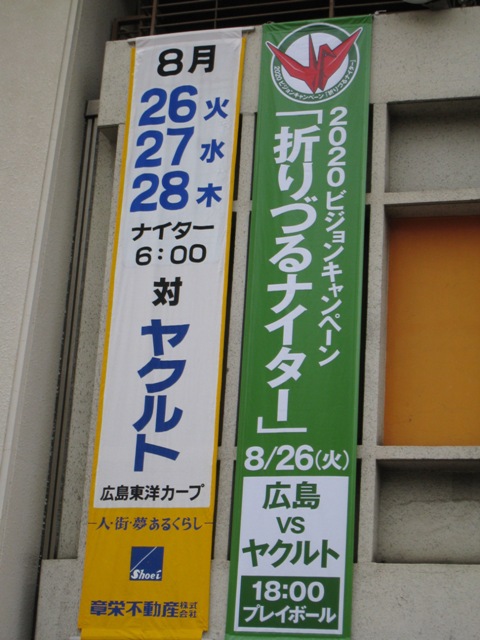 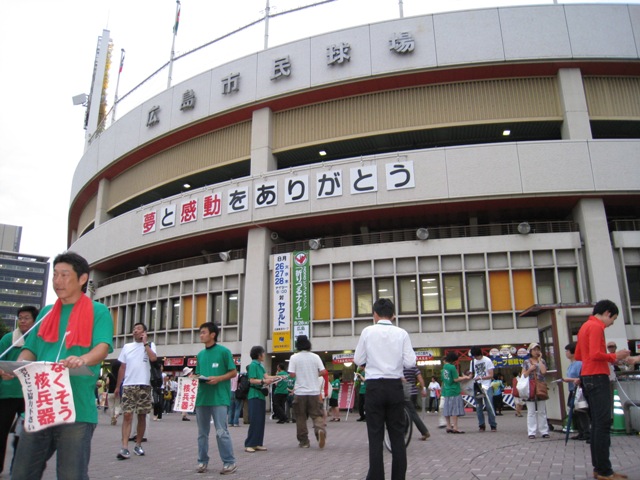 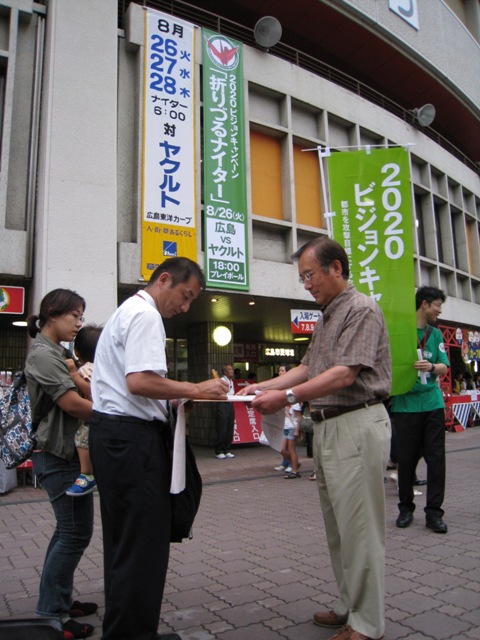 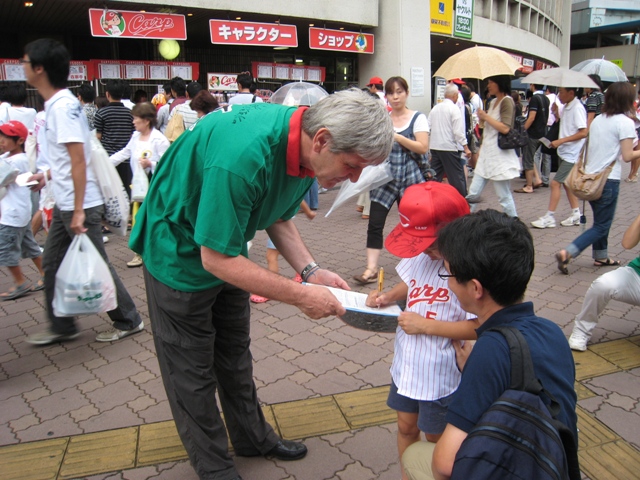 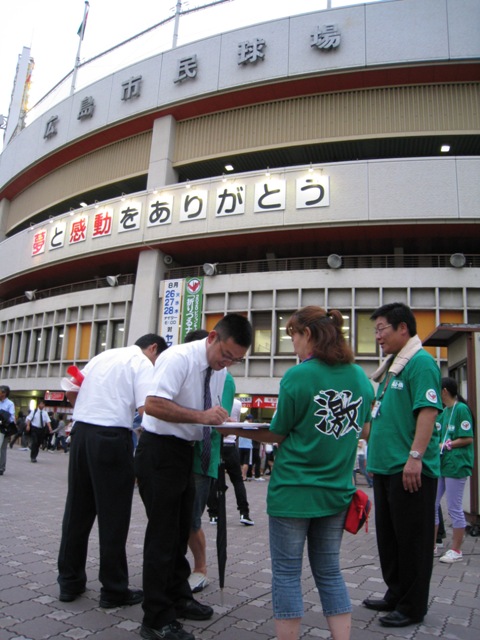 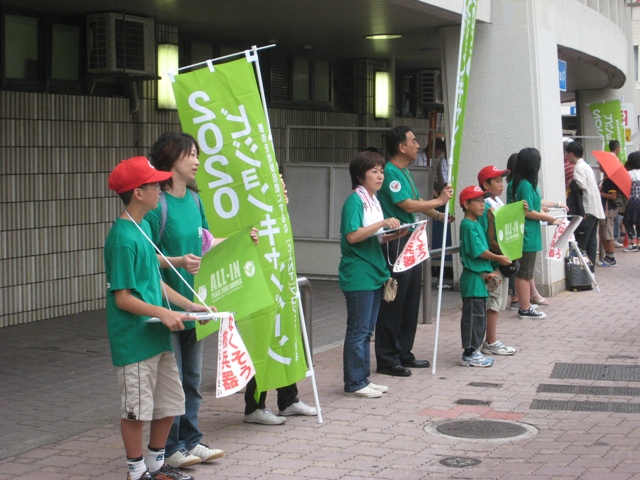 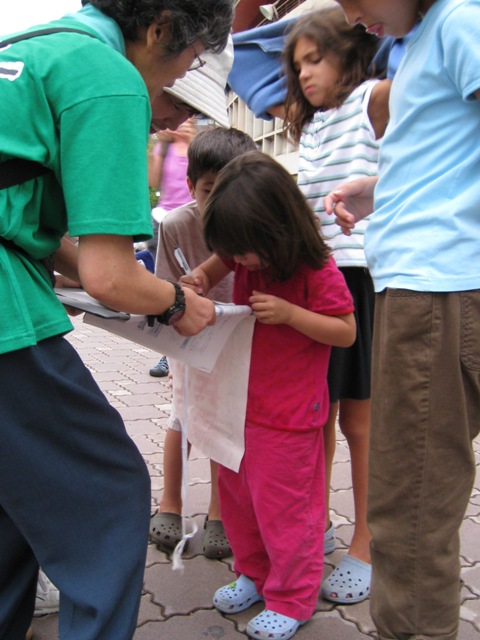 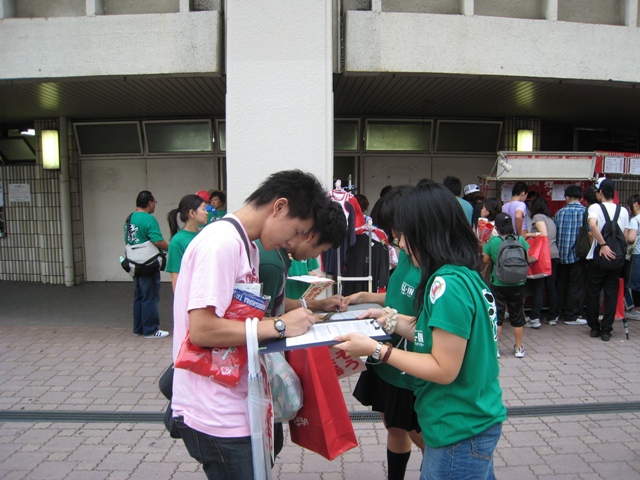 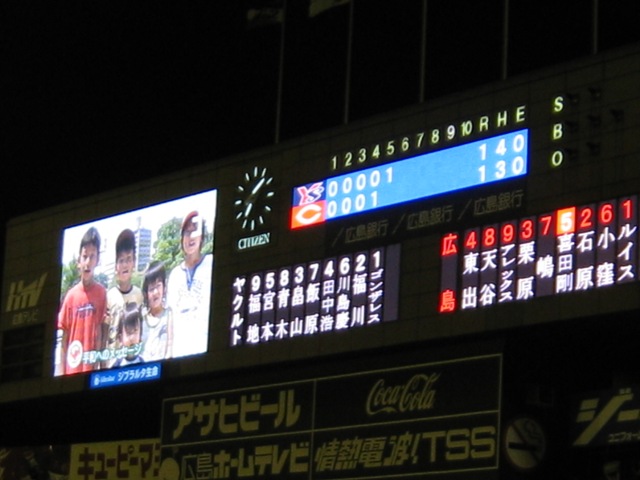 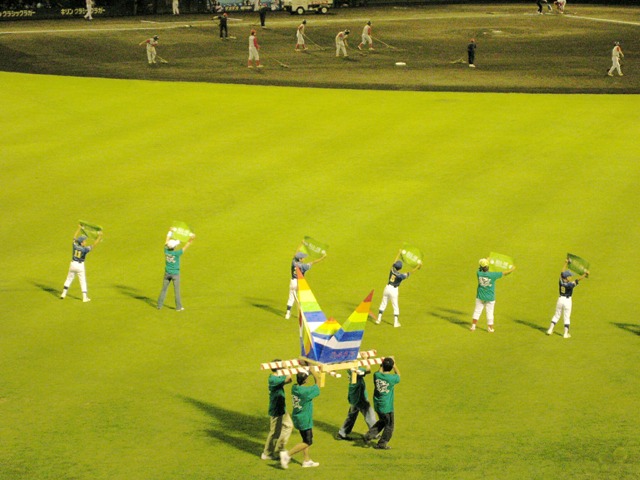 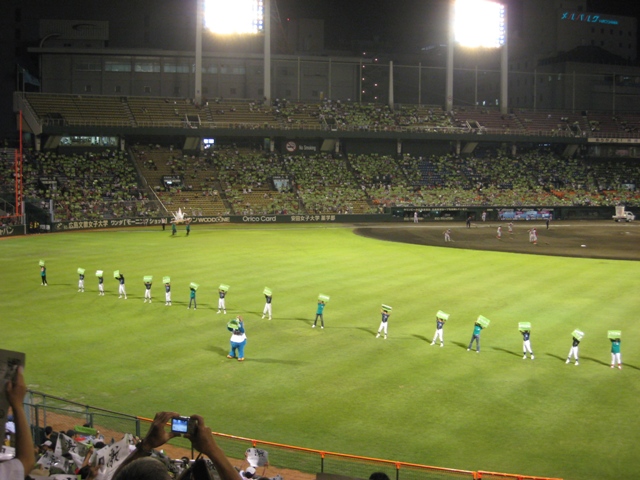 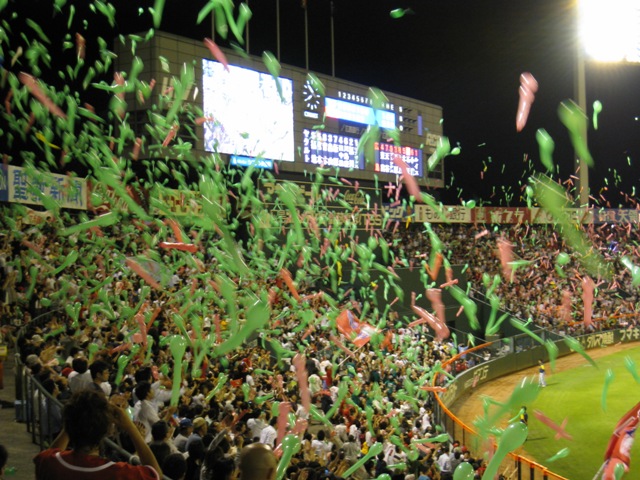 Releasing green baloons for peace. Green is the Mayors for Peace simbol color