A Mayoral Delegation formed by representatives of Mayors for Peace member cities participated in the NPT Review conference Preparatory Committee Meeting (PrepCom) held in Geneva, Switzerland. During the PrepCom, the delegation lobbied and requested national government delegates to take good faith efforts toward the realization of a nuclear-weapon-free-world, as well as announced the Hiroshima-Nagasaki Protocol which stipulates the process national governments should comply with to eliminate all nuclear weapons.
In conjunction with the PrepCom, the Board of Directors of the 2020 Vision Campaign Association Meeting was also held, and discussed the future strategies of the 2020 Vision Campaign. 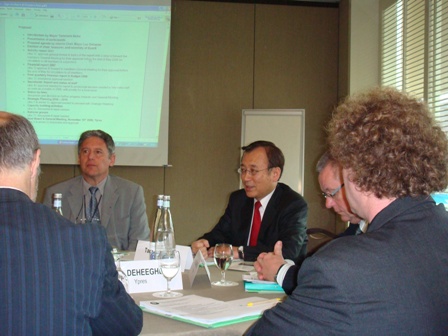 Attended the first Board of Directors meeting of the “2020 Vision Campaign Association”, which was established in November 2007 in Ypres, Belgium with the aim of more swiftly achieving international development of the 2020 Vision Campaign. Plans for the future and other related issues were also discussed. 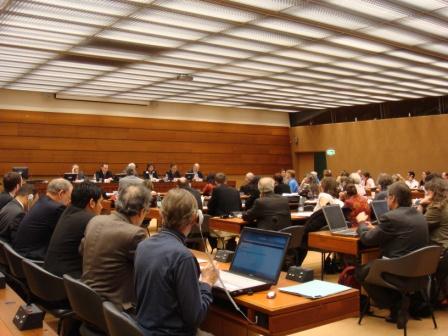 Mayors for Peace co-organized “The European Union and the Nuclear Weapon Convention” with Abolition 2000 Europe, an international NGO. President Akiba called for cooperative action toward total elimination of nuclear weapons by 2020 in his speech during the convention. 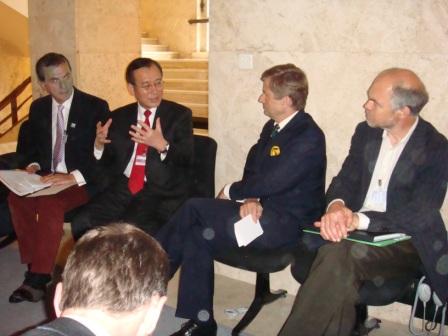 The Mayoral Delegation held lobby meetings with national government delegates to the NPT PrepCom including the Ambassadors of South Africa, Netherlands and other countries. The delegates presented the activities of Mayors for Peace, including the 2020 Vision, to them and requested further understanding, support and cooperation toward the total elimination of nuclear weapons. 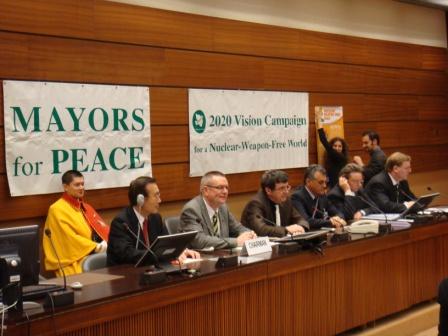 Representatives were mainly from member cities in Europe and the Mediterranean Area as well as the Mayor of Geneva, the host city of the NPT PrepCom. Mayors for Peace organized a meeting entitled “City and civil society good-faith initiatives in Europe and the Mediterranean Area in preparation for the U.N. Decade for Disarmament, 2010 to 2020”. President Akiba highlighted in his speech the important role and duty of mayors to protect the security and safety of our citizens. 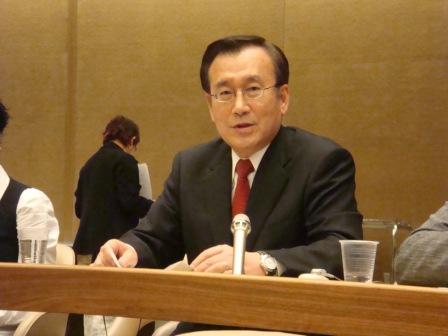 President Akiba delivered a speech at the NGO Presentation to NPT PrepCom and appealed to the state parties to promote a good faith effort for nuclear disarmament based on the obligations under the NPT for good faith negotiations, as well as on the 1996 Advisory Opinion of the ICJ(International Court of Justice) on the threat or use of nuclear weapons. the Hiroshima-Nagasaki Protocol, which stipulates the process that national governments should comply with toward the total abolition of nuclear weapons, was also announced during the session. 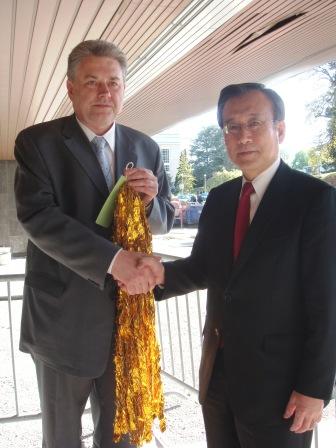 Passed a thousand paper cranes to H.E. Mr. Volodymyr Yelchenko, Ukrainian Mission to UN and served as the Chairman of this NPT PrepCom. He was also requested to support the activities of Mayors for Peace and to cooperate toward the total elimination of nuclear weapons. 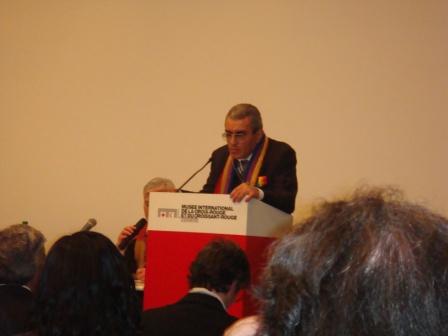 At the co-organized public roundtable meeting with the International Red Cross, Mr. Eros Cruccolini, City Council President of Florence, Italy, which serves as a vice president city of Mayors for Peace, spoke on their historical declaration on “Cities Are Not Targets!”. 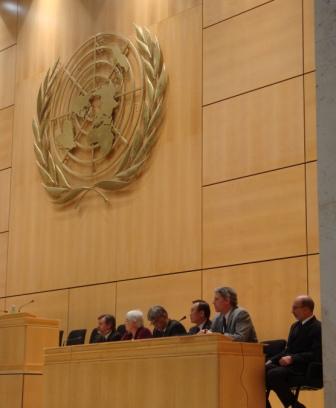 Mayors for Peace co-organized a meeting with Middle Powers Initiative(MPI), a group of NGOs primarily working with “middle power” governments to eliminate nuclear weapons. President Akiba spoke on the importance of raising public awareness on nuclear disarmament and for the necessity to establish a public mechanism to influence international communities and to set a clear goal toward a nuclear-weapons-free world.