Report by the Mayors for Peace Secretariat

The City of Hiroshima, the President City of Mayors for Peace, hosted the international art and peace exhibition “50 Cities – 50 Traces: One world without nuclear weapons” from November 18 to 30, as the first Japanese city to show the exhibit.

The exhibition was held in the lobby of the International Conference Center Hiroshima located in the Peace Memorial Park. The opening day coincided with the annual International Festival, and the exhibition venue was crowded with around 2,000 visitors.

Sponsored by Hannover, a Vice President of Mayors for Peace and one of Hiroshima’s sister cities, and the project office in Stuttgart, Germany, the exhibit features 50 photographic art works of “traces” of human presence found in different member cities of Mayors for Peace. This project was initiated to commemorate the 50th anniversary of the Treaty on the Non-Proliferation of Nuclear Weapons signed by the US, the Soviet Union and Great Britain in 1968. It is an appeal against the deployment of nuclear weapons and the destruction of our cities, in support of the Mayors for Peace “Cities Are Not Targets” appeal.

With its visit to Hiroshima, the exhibition has now traveled to eight member cities of Mayors for Peace. It is aimed to travel to interested cities around the world through 2020. It is hoped that the tour will culminate with an exhibit at United Nations Headquarters in New York.

Please contact the City of Hannover if you would like to learn more about this project or want to host the exhibition in your city: mayorsforpeace@hannover-stadt.de 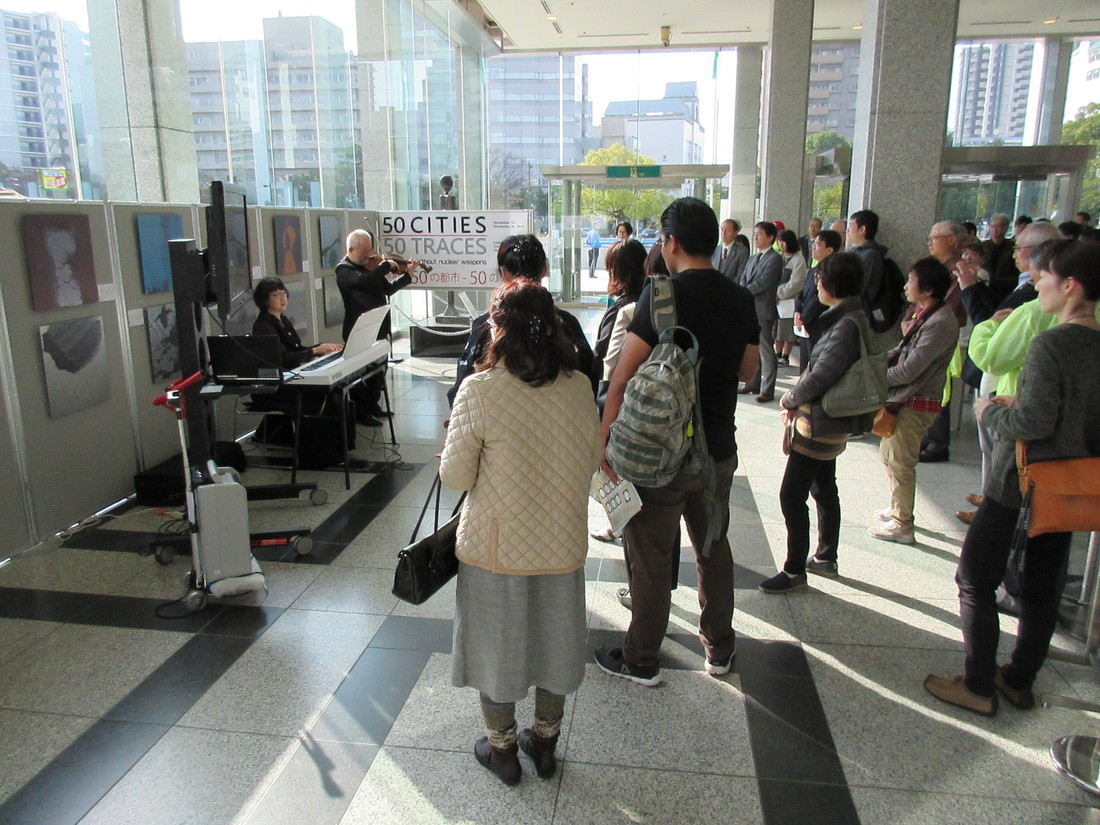 The opening ceremony on Nov 18

Mayor of Hiroshima visiting the exhibit